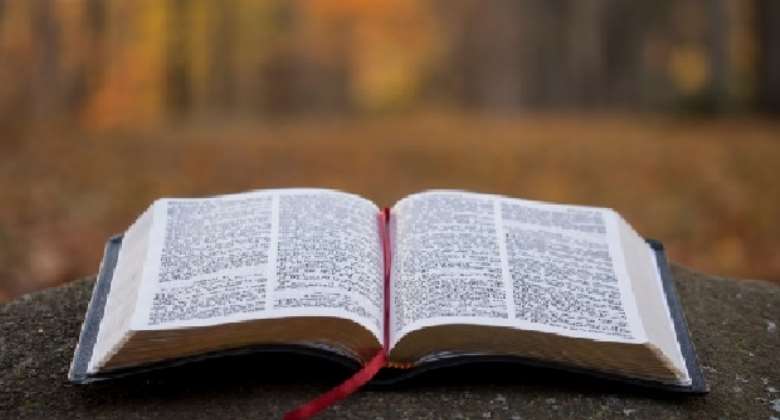 “ABOVE ALL other books combined, the Bible has been hated, vilified, ridiculed, criticised, restricted, banned, and destroyed, but it has been to no avail.

In A.D. 303, the Roman Emperor Diocletian issued an edict to stop Christians from worshipping Jesus Christ and to destroy their Scriptures…” (David Cloud).

Surprisingly, this hatred against the Bible has not changed. Today, a good number of young men and women around the world have been campaigning for the extinction of the Bible. To achieve this objective, they have been using the mass media including hopping from one social media platform to another trying to discredit the Bible and discourage its reading.

But the question I ask is: Does the Bible kill humans like guns do? Does it pollute the environment or cause sicknesses or diseases? Of course, the Book of books causes none of these problems in the world. Men with depraved minds may have contrary views about the Bible, but the known truth is that the Word of God is the greatest source of saving knowledge. It is the source of wisdom for all and light for those in darkness.

Through the preaching of the Bible, the lives of thousands of drug addicts, murderers, oppressors, prostitutes, thieves, kidnappers and other evil people in society have been transformed. Without the Bible, many of these people would have been destroyed. Thus, Hosea, the prophet, was right when he pointed out that people are destroyed from lack of knowledge of God's Word.

This means ignorance of the content of the Holy Bible kills, but knowledge of it saves lives to the utmost. The prophet was not talking about secular knowledge; he was speaking about spiritual knowledge which has the power to draw sinners to the saving grace of God to enjoy salvation in Christ Jesus.

All people who have shut their ears and hearts to the preaching of the gospel of the Lord Jesus Christ will one day be destroyed. You may not know it; but it is real. Christ the Lord will one day judge the world and punish sinners. Knowing its validity and importance, God tells His children to develop great interest in His Word. Christians must acquire knowledge of the Holy Bible and obey what it teaches and trust its promises.

God told Joshua that, “This Book of the Law shall not depart from your mouth, but you shall meditate on it day and night, so that you may be able to do according to all that is written in it. For then you will make your way prosperous, and then you will have good success” (Joshua 1: 8). And Paul, also, tells a believer to “carefully study to present thyself approved unto God, a workman that needeth not to be ashamed, rightly handling the word of truth” (2 Timothy 2: 15, Douay-Rheims Bible).

David was a man of the Word of God. One day, he asked, “How can a young man keep his way pure?” It was answered that people can do so by the Word of God (Psalm 119: 9). In the verse 11 of Psalm 119 David again said, “I have stored up your word in my heart, that I might not sin against you.” He knew that God's Word alone had the power to break sin's entanglement over man and to set him free from its slavery.

Again, David recognised the uniqueness of the Word of God in the life of the child of God. In Psalm 19 verse seven to nine, the king said the Word of God is the perfect medicine to revive the ailing soul; it is the source of sure knowledge to make wise the simple and right precepts to rejoice the heart.

Again, God's Word is the pure commandment to enlighten the eyes; it is righteousness and true altogether.

God's Word is the food for a man's spirit. The spirit of man must be fed with God's Word in order to practise righteousness. The inner man who is the breath of life, having the image and likeness of God survives not on earthly but heavenly bread. He feeds on the eternal Word of God to grow up.

Without it, he will die a spiritual death. I mean, he will be separated from God and be possessed by Satan to do evil.

The Lord Jesus Christ knew this secret. That is why Satan could not deceive Him into turning a stone into bread to satisfy His hunger. The Lord had fasted and was hungry. Then, Satan came to tempt Him. Our Saviour, who was full of the Word quoted Deuteronomy 8:3 to overcome him. It is written, “Man shall not live by bread alone, but by every word that comes from the mouth of God.”

A beginner Christian is a baby follower of Christ spiritually. Thus, his spirit man who has been regenerated, reborn, recreated or renewed by the Holy Spirit and reconciled to God is not mature. He is a baby. To grow up spiritually to conform to the image of Christ the Lord, he needs to be fed spiritual milk of the Word of God. (1 Peter 2: 2).

You recall that when the Lord Jesus Christ was a young boy, he longed for the Word of God in order to grow. Apart from what His parents fed Him with at home, He personally sought it diligently. One day, young Jesus could not be found by His parents.

Joseph and Mary searched every nook and cranny for Him. “After three days they found him in the temple, sitting among the teachers, listening to them and asking them questions” (Luke 2: 46).

It can be seen from the discussions, so far, that none of the people who devoted their lives to the Word of God, the Bible, was killed, destroyed or impoverished in any way. Instead, they were transformed, enlightened and equipped to fulfill their purposes on the earth.