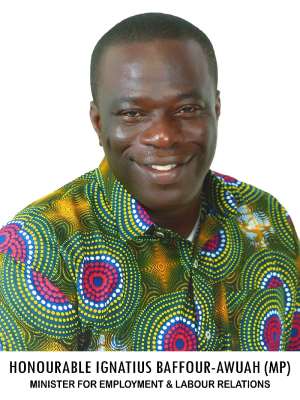 Today, it is common knowledge that Violence and Harassment continues to be pervasive in the World of Work, affecting all countries, occupations, and work arrangements.

The growing canker manifests in different forms like sexual favours, verbal and physical conduct and contexts, which deprives people of their dignity and is incompatible with decent work social justice. Additionally, persistent inequalities, demographic shifts, changes in work organisations, and technology have been identified to exacerbate incidence of violence and harassment including gender-based violence and harassment.

As parts of efforts to eradicate incidence of violence and harassment at the world of work, the International Labour Conference on 21st June, 2019 at its 108th and centenary celebrations adopted the first of its kind, a new International Labour Standard Convention on Violence and Harassment, Convention (No. 190) which is accompanying Recommendation (No. 206) to provide a clear roadmap for preventing and addressing violence and harassment in the world of work. More so to contribute to the delivery on the 2030 Agenda for Sustainable Development.

The Convention recognizes that violence and harassment at the world of work constitute human rights violations and are both unacceptable and incompatible with decent work.

Two years after the passage of C190, Ghana, being a member of the International Labour Organisation (ILO) and a signatory to the C190 has initiated steps to ratify the new ILO Instrument towards the elimination of violence and harassment at the world of work.

Before, it is proven that there are anecdotal data indicating that violence and harassment exists at the workplace, but again, scattered and in pockets. For example, a 2016 Report of the Ghana Family Life and Health Survey estimated that 41.9% of women and 31.5% of men in many workplaces experienced sexual violence at least once over their lifetime. At the same time, it is purported that majority of the victims do not report infractions for redress, and Peter Agyekum Boateng (2016) also discovered that about 95% of violence and harassment cases go unreported.

It is against this background of negative effects violence and harassment have on productivity and decent work standards at the workplace and the urgent need to address same that the Ministry of Employment and Labour Relations (MELR) with financial assistance from the ILO commissioned a survey on the incidence of violence and harassment in the world of work in Ghana.

At the validation workshop, the Lead Consultant, Mr Benjamin Arthur, now the Chief Executive of the Fair Wages and Salaries Commission (FWSC) revealed that the survey carried out took into cognisance the years from between 2000-2021.

According to him, the survey aimed to promote awareness creation and sensitisation towards the ratification of Convention 190, as well as contribute to evidence-based dialogue and policy making to support and expedite action on the ratification of C190 and ensure adequate protection for all among others.

The survey revealed that incidence of violence and harassment was more prevalent among the age group of 22-35 years (67.9%) while the lowest was 2.3% for the age group of 15-17 years representing children of school-going age. Most (67.4%) of the occurrences were during daytime. It added nearly half (48.1%) of all victims were employees whereas (19.1%) were self-employed. Furthermore, more than half (50.8%) of the incidents recorded were repeated.

The survey results further indicate that all the key stakeholders in the workplace were involved in perpetrating acts of violence and harassment. The leading perpetrators being third parties (35.1%), followed by co-workers (32.5%) and almost a quarter (24%) of the perpetrators being supervisors/managers.

The survey also discovered that, out of the 14,540 cases recorded, 3,197 (21.99%) occurred because of personal differences and disputes, 20.58% due to abuse of power relations and 15.21% because of socio-cultural norms that support violence and harassment at the world of work.

The survey results indicated that more than quarter (38%) of all the reported incidents did not receive any attention. Interestingly, 29% of all the cases under consideration were settled amicably, while guidance-education-sensitisation options accounted for only 9% of the actions undertaken.

The writer is the Head of Public Affairs of the MELR & Staff of ISD.