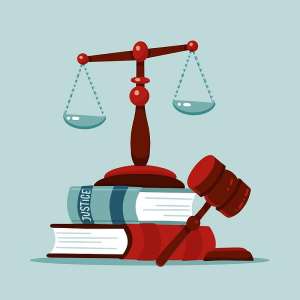 A 25-year-old unemployed who assaulted a Police officer stationed at the Shukura Police Station has been remanded into Police custody by an Accra Circuit Court.

Salim Mohammed Shaibu is said to have given General Constable Sergeant Daniel Afriyie a hefty blow to the right eye.

Shaibu is also accused of violently inciting mob who also attacked and prevented personnel at the Shukura District office who were performing lawful duties.

Charged with assault and “rioting/inciting Rioting,” Shaibu, has pleaded not guilty.

The court presided over by Mrs Adelaide Abui Kedey has remanded Shaibu into police custody to reappear on September 20.

According to Chief Inspector Ayim, the rate at which citizens meted out assault on Police was becoming rampant adding that the accused knew some of the culprits, so the Police needed him to help apprehend them.

The Defence Counsel prayed the court to admit his client to bail saying he had educated the accused on the implication of absconding when granted bail.

The prosecution said the complainant was General Constable Daniel Afriyie stationed at Shukura Police District headquarters while the accused person resided at Shukura.

It said on September 2, this year, the complainant was on duty at the Shukura Police Station as the Station Guard.

It said at about 1330 hours of the same day, a group numbering about 50 arrested and brought to the Shukura Police station Samuel Otoo, a suspect and alleged that he had stolen a laptop and a mobile phone from a certain house at Shukura.

The prosecution said while Otoo was being interrogated at the charge office Selima Shaibu and Ramatu Nagaiye who were among the mob, started assaulting Otoo's wife, one Lydia Otoo in front of the charge office.

According to prosecution, when the Police intervened, Shaibu led his accomplices and they rioted at the Police station.

It said the accused person emerged from the crowd and gave General Sergeant Afriyie a hefty blow to the right eye.

The prosecution said the complainant sustained injuries on his face because of the assault.

It said not quite long, other accomplices of the accused person numbering about 200 scaled the fenced wall of the Police Station and besieged the Police station and attacked some police personnel on duty.

The prosecution said Police reinforcement teams from Dansoman and Mamprobi were called in and the crowd on seeing the team dispersed.

The prosecution said Shaibu was nabbed, and a formal complainant was made against him and in his caution, statement the accused said, “he does not know what came over him to assault the Police officer.”