Costly Abomination: Can You Be 'Gay & Christian'? 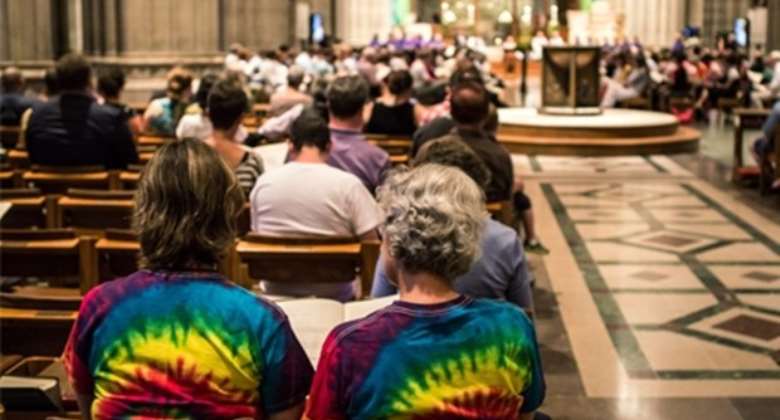 We live in an abnormal fallen world worse than that of Noah and Sodom and Gomorrah combined. Everything against the will of God seems to be on the ascendancy and it is inching gradually into the church. Who would have ever thought that anyone can come close to calling himself ‘gay christian’? What an oxymoron! If God hates sin, we cannot in any way embrace it and repackage it for this modern world and push it on the church of Jesus Christ.

It is a very costly and deadly unholy venture for men and women to not only dabble in LGBTQ but also teach and encourage Christians to embrace it.

The American College of Obstetricians and Gynecologists (ACOG) defines gay as someone who is “attracted to people of the same gender”.

Merriam-Webster dictionary defines a Christian as "one who professes belief in the teachings of Jesus Christ."

From the definitions above, how can someone who believes in what the Bible teaches about male and female relationship also think God has relaxed His values to suit their ways? God has not changed! Men have rather changed.

We will first look at the various arguments being offered by people who think it is the will of God to be gay and Christian.

“Amid a changing religious landscape that has seen a declining percentage of Americans who identify as Christian, a majority of U.S. Christians (54%) now say that homosexuality should be accepted, rather than discouraged, by society.”

Writing on Homosexuality: Not a Sin, Not a Sickness Part I, Rev. Elder Don Eastman states,

“The Good News is that, since 1968, when Metropolitan Community Church was founded, the emergence of a strong lesbian and gay community, and the conclusions of new scientific studies on homosexuality have forced the Christian Church to reexamine these issues. A growing number of biblical and theological scholars now recognize that Scripture does not condemn loving, responsible homosexual relationships. Therefore, gay men and lesbians should be accepted – just as they are-in Christian churches, and homosexual relationships should be celebrated and affirmed!”

Rev. Eastman went on to say that using Sciptures against homosexuals amount to misinterpretation of Bible passages.

In What Does the Bible Say About Homosexuality?, the contributors, who claim to be Christian scholars, wrote, “At the heart of the claim that the Bible is clear "that homosexuality is forbidden by God" is poor biblical scholarship and a cultural bias read into the Bible.”

“I’m the author of God and the Gay Christian and the founder and executive director of The Reformation Project, a non-profit ministry that works to advance LGBTQ inclusion in the church. I’m passionate about helping Christians and churches rethink their views on LGBTQ topics in a way that strengthens their commitment to the authority of the Bible and to orthodox Christian theology.”

It is evident that people want freedom to sin and also include the church in blaspheming the name of God.

The Bible is clear that anything that exalts itself against biblical doctrines is deception from the devil (2 Corinthians 10:4-6). The following are two deceptions of Satan concerning ‘gay Christians’:

To say a Christian can be gay is to posit that the death and resurrection of Christ is of no use. The Bible teaches that we died with Christ and resurrected with Him so that we can live as He did (Colossians 3:1-11). We must flee every form of sexual immorality including homosexuality.

What does the Bible say about being ‘gay Christian’? There is no single Bible passage that supports continuing in our old nature when we come to saving faith. We cannot be Christians and continue in sin.

“Therefore, if anyone is in Christ, he is a new creation; old things have passed away; behold, all things have become new.”

Paul wrote in 1 Thessalonians 4:3 that,

“For this is the will of God, your sanctification: that you should abstain from sexual immorality.”

Paul writing on the type of church (bride) Christ is coming for says in Ephesians 5:27,

“that He might present her to Himself a glorious church, not having spot or wrinkle or any such thing, but that she should be holy and without blemish.”

“Why does God condemn homosexuality? Because it overturns God's fundamental design for human relationships—a design that pictures the complementary relationship between a man and a woman (Genesis 2:18-25; Matthew 19:4-6; Ephesians 5:22-33).”

In his book Washed and Waiting: Reflections on Christian Faithfulness and Homosexuality, Wesley Hill wrote,

“that homosexuality was not God’s original creative intention for humanity ... and therefore that homosexual practice goes against God’s express will for all human beings, especially those who trust in Christ.”

What must Christians do?

Our mission as children of God is to help the world to turn to God from sin and transgression.

In Sexuality And The Gospel: How To Share Christ With The Gay Community, Dr. Christopher Yuan, professor-at-large at Moody Bible Institute and the author of Out of a Far Country: A Gay Son’s Journey to God, A Broken Mother’s Search for Hope and Holy Sexuality and the Gospel wrote about how he overcame homosexuality,

“I read the Bible more and more. As I did, I recognized my primary rebellion was against my Creator. In addition, it was clear from Scripture that homosexuality was a sin and that I’d put my identity in the wrong thing. The LGBTQ community emphasizes that sexuality is the core of our identity, but God’s Word paints quite a diﬀerent picture. My true identity is in Jesus Christ alone. Sexuality is not who you are, but how you are.”

We must help them to know the God of the Bible and what He stands for.

Pastor MacArthur writes the following concerning what believers must do:

We must preach the Gospel of Jesus Christ to them which has the power to save sinners condemned to death (Romans 1:16-17). We must pray that God will show them mercy for their costly abominable works of the flesh.

I am a daily Christian blogger at www.erikotchere.wordpress.com. You can connect with me on [email protected].