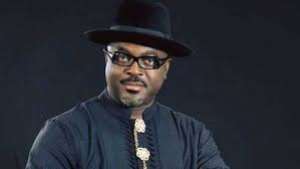 As it is with politicians across the globe, and especially Nigeria whose business is politics, political campaign promises made by politicians to Nigerians as elections draw near has been the bane of democracy in this part of the world.

Most times, the victory of a political party and its aspirants/candidates vying for various elective positions is dependent on the campaign promises made in addition to a number of other factors; such as competence, qualification, popularity, acceptability, integrity and the like.

Bearing in mind the Rivers State Accord Mantra, “We Agenda” and “Putting People First’ appears to be genuine and real bait that can’t be rejected but rather accepted by all Rivers people no matter the different walks of life they belong to.

Chief Dumo Lulu Briggs, a lawyer, business mogul and the Accord Governorship standard-bearer who happened to be the driving force behind the “We Agenda” and “Putting People First’, mantra during a recent commissioning of its party’s campaign office in Abonnema, headquarters of Akuku-Toru Local Government Area said, “We have christened our programme the ‘We Agenda, putting people first. That is why our Hausa brothers and sisters in Abonnema are part of the ‘We’ that we talk about, and you can see that they are here.

“We have come to take Rivers State to that height where it ought to be, and that is what I ask God every day, to allow us the grace to win election and form the “unity government” so that we can do the work of the people; that is the only reason we want to be in government.”

It is therefore based on his intention to form the “unity government” if he wins the governorship position in 2023 by the special grace of God that he counseled members of other political parties not to despair as his party, Accord will form a government that would include everyone, even the opposition party.

“They are going to be part of our government. We intend to protect everybody who are law-abiding residents of Rivers State and give you the same opportunity we give to ourselves. There shall be no discrimination in my government. Let us not be surprised that we will find Hausa, Yoruba and Igbo men, women and people of other tribes in our government, as commissioners, if elected.

It is one thing to say something, and another to do what one says. It is believed in many quarters in Rivers State that Chief Dumo lulu Briggs is a rare personality amongst politicians who put his money where his mouth is and one who practice what he preaches given the eloquent testimonies of those whom he has endeared himself to.

One is not therefore surprise with the above fact when he and other likeminded bigwigs championed the inclusion of women in its party that led him to choose Princess Tambari Hilda Dedam who is of the Ogoni extraction as his running mate (deputy). According to Chief Dumo, “by choosing her we have invoked the spirit of Ogoni struggle. We shall remember the pains of our brother, the Ogoni people in our government.” Bori has since remained a glorified municipal council but in our government, Bori shall be a city.

For chief Dumo, if he had his way, he would be at the forefront of reconciling two brothers; former governor Rotimi Chibuike Amaeche and his successor, governor Nyeso Wike who seem to be at daggers drawn over the past nine years now together.

As the 2023 election draws near, political observers, commentators, analysts among others are keenly watching if Chief Dumo Lulu Briggs will be a Bridge Builder and Proponent of inclusive Government, if he is elected as governor of Rivers State in 2023. For me, I believe he is considering the opinion of those who have come to know him more closely

Written by Nwaorgu Faustinus Chilee a socio-political commentator and analyst based in Port Harcourt, Rivers State