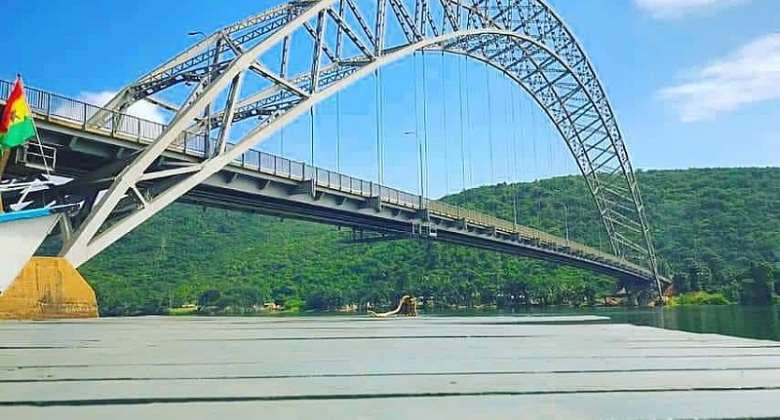 Ghana, formerly known as the Gold Coast is a country located in West Africa .She has notoriety for a number of things which include being the first sub-Saharan African country to disannex from British colonialism,the hospitableness of its citizens and relative stability it has enjoyed over a protracted period.

It is ranked as the most peaceful country in West Africa,2nd in Africa and the 38th globally by the Institute of Economics and Peace in its 2021 Global Peace Index report.

She is named after the extinct but once prosperous Ghana Empire, of the 7th to 13th century situated at the North West of the modern-day country (modern-day southeast of Mauritania and western Mali).

Technically,Ghana is a wealthy country,endowed with immense resources.The top cocoa producer also has abundant gold,timber,diamonds, bauxite,mangenese,oil and recently lithium has been discovered in commercial quantities.

But Ghana has not been an exception from the " Resource Curse" that bedevils many wealthy African countries with the potential to becoming extremely prosperous.

The resource curse also called the paradox of plenty was firstly coined by Richard Auty in 1993 referring to the failure of many resource-rich countries to benefit fully from their natural resource wealth, and for governments in these countries to respond effectively to public welfare needs.

Good leadership has eluded these beautiful country and we have mostly settled for mediocrity.Slowly becoming a microcosm of failed states.

Interethnic and intratribal marriages may have become popular in recent times, but Ghana has a fragile facade of unity.In reality we are divided on tribal lines.We don't need an anthropologist to do an in-depth research on this.We are either faking oblivion or deciding to live in denial.

The 2021 Population and Housing Census by the Ghana Statistical Service puts the literacy rate now at 69.8 per cent.This is quite impressive and indicates a good number of Ghanaians could be on top of issues.

Unfortunately,we have become more partisan than ever before.It may be for the underlining condition of tribalism.We are sharply divided along tribal lines and our tribal biases are reflected in our choices.A high literacy rate has not been enough to alter our tribal stances.Since there is little political dealignment, true accountability has also been nonexistent.

Our society has evolved and our value system has shifted.More prominence is placed on money and material gains.The source is not really a priority.Leaders are a reflection of their society and as most of us lament about how corrupt our society has become, let us accept that it has been endorsed by majority of us from our homes,churches,mosques and work settings.

I may describe the existing political landscape in Ghana as volatile.It thrives on corruption and it's wheels are oiled by it.

A.lot of our politicians are well read and exposed.Books written by great authors like Niccolò Machiavelli with tried and tested principles have been manuals used to manipulate the masses.

Instances are "Men are so simple of mind, and so much dominated by their immediate needs, that a deceitful man will always find plenty who are ready to be deceived".

"There is nothing more important than appearing to be religious".

"Cunning and deceit will every time serve a man better than force to rise from a base condition to great fortune".

"Therefore it is unnecessary for a prince to have all the good qualities I have enumerated, but it is very necessary to appear to have them. And I shall dare to say this also, that to have them and always to observe them is injurious, and that to appear to have them is useful; to appear merciful, faithful, humane, religious, upright, and to be so, but with a mind so framed that should you require not to be so, you may be able and know how to change to the opposite"

The political scene is characterized by majority of politicians stating untruths, concealing the truth,. and paltering.They cash in on the corruptibility of electorates and play on tribal cards to acquire power.After all most are blinded by partisanship.

The media,a supposed fourth arm of government,which is to keep the populace informed and also serve as a whip of the government has come out to be an aid in manipulating and misinforming the people over many years.

The media in the Ghanaian political terrain is vulnerable.Its independence is easily compromised because it is much easier to influence most of them.Most professionals here are financially displaced and work under very challenging circumstances.

A lot of media institutions are owned by politicians or people in bed with politicians.This sets the tone and position of workers in such establishments. Besides,a lot of them gon't receive decent remuneration nor good conditions of service.

Consequently, well meaning journalists have come to find themselves in the pockets of ambitious and unethical politicians.Most have become.affiliates to one political party or more.

Now the pattern and modus operandi of most Ghanaian politicians have become predictable.The populace have loss trust in most politicians and political office holders.This air of mistrust has made the landscape very volatile and Ghana must move cautiously. Institutions that were once very reputable and seen as sacred in their obligations seem to have been infiltrated by partisan political puppets over some years now.

Religion was a restraining belt,but it is equally losing its grip quickly as many have come to see a lot of these religious leaders as corrupt, unethical and morally warped.Easily induced by money and visibly exploit their positions to make more money.

Politicians may have to earn their trust since many people are waking up to the fact that most of the electorates are just a way to a means for the politicians to gain power.The charm is waning off.

In summary,the political climate in Ghana has become one of distrust.It is one that is seen as an industry where deceit is peddled for great economic and financial potentials and consequences for the politician and those who find favor with them.Long Live Ghana.