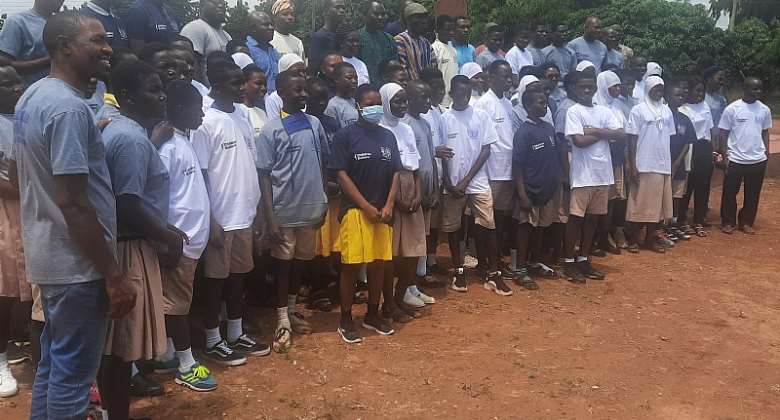 An inter-school quiz competition has been held for six Junior High Schools (JHS) in the Northern Region as part of efforts to encourage learning amongst students to enable them to climb the academic ladder.

The competition, which focused on subjects such as English Language, Mathematics, Integrated Science, and current affairs, was also to engender healthy competition amongst students to exhibit their intellectual prowess as well as build their confidence to be assertive to get what they deserved in life.

The participating schools included Katariga M/A JHS, Garizegu R/C JHS, Zagyuri Anglican JHS, Nangbagu M/A JHS, and Gbanyamli Methodist JHS in the Sagnarigu Municipality and Bognaayili D/A JHS in the Kumbungu District, and they were each represented by three students.

Reverend Johnson Asare, Executive Director of Markaz Al-Bishara, who spoke during the competition, congratulated the participating schools and students for their excellent performance, which showed that their teachers were doing well.

Madam Bernedette Kafari, Kumbungu District Director of Education, whose speech was read on her behalf, lauded the competition saying it would go a long way to improve the learning ability of children for improved academic performance.

She added that it would also help to build the confidence of the children to be able to speak in public advising the children to continue learning to improve their performance in school.

She expressed appreciation to Markaz Al-Bishara and Children Believe for organising the competition as well as their continued support for infrastructural development at the schools in the district, which was ensuring conducive environment for improved teaching and learning.

Mr Alhassan Alidu Junior, Sagnarigu District Director of Education, whose speech was read on his behalf, expressed delight that the participating schools were selected from peri-urban communities, which was important in motivating the children for better performance.

He commended teachers for their hard work preparing the students to be able to deliver well during the competition.

Martha Tiernye Tieyiri, Programme Officer, Education at Children Believe was happy that girls were also amongst the competitors advising them to continue learning and building their confidence to attain their potentials.

The participating pupils and their teachers were happy at the opportunity saying it would help to improve performance in their schools.

Markaz Al-Bishara has been working in parts of the Northern Region for about 30 years now focusing on improving access and quality education especially Early Childhood Education (ECE), and supporting the Ghana Education Service to improve supervision at schools.