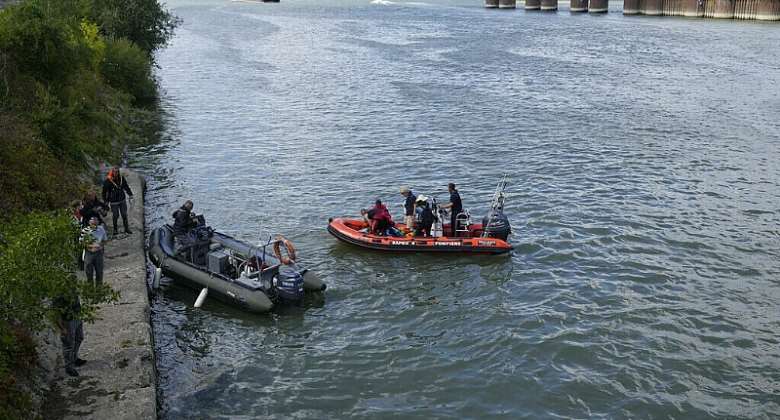 Vets, firefighters and marine biology researchers were on Tuesday fine-tuning a plan to transplant the beluga whale stranded in the river Seine to the open sea.

Vets, firefighters and marine biology researchers were on Tuesday finetuning a plan to transplant the beluga whale stranded in the river Seine to the open sea.

The whale was spotted last week in the river Seine and has refused to eat food while stranded between two locks in Saint-Pierre-La-Garenne some 70 kilometres north of Paris in the Eure region.

"It is better to attempt the evacuation of the beluga than not to attempt it," said Isabelle Dorliat-Pouzet, secretary general of the Eure prefecture.

Nearly 80 people will be deployed in lifting the whale out of the lock by crane and then placing it in a specially constructed crate in a barge.

"He will have to be taken out of the water in the best possible conditions, for him and for the people involved, because there is a risk factor," said Lamya Essemlali, president of the marine conservation group Sea Shepherd France.

The beluga will then be placed in a transport crate, inside a refrigerated truck and will be kept moist with wet towels.

"Even though dolphins are moved quite regularly between dolphinariums, there is a high mortality rate, and this is a weakened individual," added Essemlali.

"But the teams had to evaluate the different options and make a decision based on what was the quickest and least stressful for him, and in the end, this was the option chosen."

It is understood the mammal will be kept for a few days in a salt water basin to continue receiving care.

Added Essemlali: "The question is: can we help him before releasing him into the sea or does he have an incurable disease?

Isabelle Brasseur, a member of the Marineland marine zoo and research centre in Antibes, southern France, said: "There may be internal damage. We will carry out various examinations throughout to try to ensure that there is no time wasted."