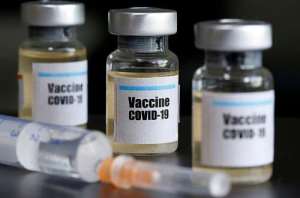 The Anloga District in the Volta region has been rated as the district with the lowest vaccinated people against the covid-19.

The district statistics show that only 13,455 representing 17.5% out of the targeted 76,946 population were able to get at least one dose of the vaccination.

As of Friday, July 22, some 63,511 population in the district were said to be unvaccinated.

Ho Municipal was adjudged the highest number of people who have been vaccinated in the region with 53,715 people representing 32.5% out of the targeted 163,027 population while 111,312 are yet to be vaccinated.

This was disclosed by the Regional Health Directorate at a media engagement and stakeholders sensitization meeting on covid-19 vaccine hesitancy with the Parliamentary Select Committee on Health held at Ho on Friday July 22, 2022 at Hotel Stevens.

Mr Emmanuel Bonsu, the REPI Coordinator in his presentations stated that a total population of 1,387,537 representing 72 % was the the target number to be vaccinated by the health directorate.

Dr Senanu Kwasi Dzokoto, the acting Volta Regional Health Director in his address urged the public to go for the vaccination to save lives.

Mr Alexander Gabi Hotordze and Mr Charles Agbeve, Members of Parliament for Central Tongu and Agortime Ziope constituencies respectively who were also members of the Parliamentary Select Committee on Health said, it was an urgent call to address the media and the public to help curb the hesitancy level in the region.

According to them, regional statistics in the country show that Oti and Volta regions are at the bottom of the vaccination table which calls for urgent attention.

North East, Northern, Savanna, Upper West and Bono East Regions are the first five regions in the country with the highest number of people vaccinated against covid-19 as of July 20, 2022.

The two lawmakers urge residents to ignore the misconceptions about the vaccine.

The meeting was attended by journalists, chiefs and heads of institutions among others.

What again do you have for Ghanaians besides economic theori...
41 minutes ago