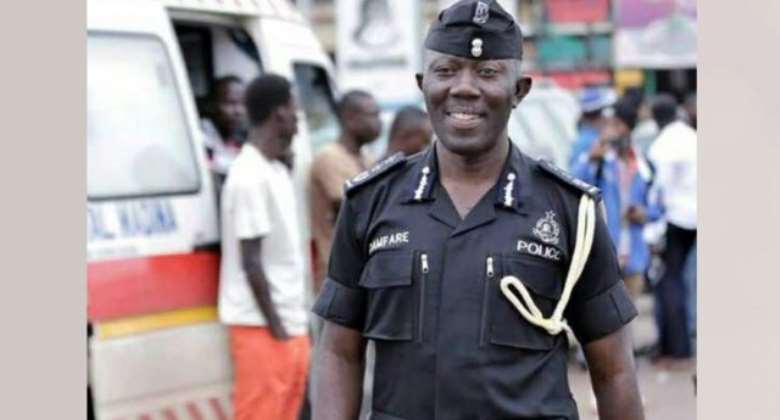 The Inspector-General of Police, Dr. George Akuffo Dampare has financially supported a protester of the Arise Ghana demonstration to settle his medical bills.

Following the violence recorded on day one of the Arise Ghana ‘krom ay3 hy3’ demonstration, some 29 protesters were arrested and put behind bars for their involvement in the chaos.

On Thursday, reports suggested that one of the arrested protesters had complained of stomach pains the previous day after he was allegedly denied food and had to be rushed to the hospital.

From information gathered today, IGP George Akuffo Dampare reached out to the hospitalised protester and gave him money not only to foot his medical bills, but some for his personal upkeep.

According to reports, the protester identified as Eric Kwabena Dartey at the time of his discharge had only GHS5 on him.

Fortunately, he received GHS1000 from the IGP and used part to settle his medical bills.

Speaking to Kasapa FM, Eric Kwabena Dartey confirmed receiving the money from Dr. George Akuffo Dampare and expressed his appreciation to the IGP.

“I was at the hospital when they said the IGP wanted to talk to me and check up with my condition. After he spoke to me he sent me GHS1000 to foot my bills and also keep some as pocket money.

“I have been trying since then to get access to him to thank him but I have not succeeded. I’m grateful to him,” Eric Kwabena Dartey shared.