Kennedy Agyapong Is a Roguish Political Opportunist, not a Statesman 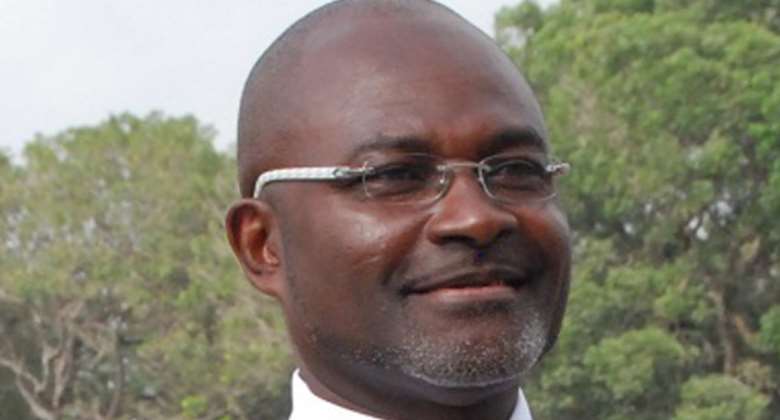 He is widely known and acknowledged for being a very successful businessman in his own right. But Mr. Kennedy Ohene Agyapong is also the first person to tell you, the Dear Reader, and the members of the Global Ghanaian Community, that his yeomanly efforts, by way of significantly and financially contributing to the electoral success stories of the ruling New Patriotic Party (NPP) has been in direct and immutable exchange for juicy contractual deals from the government that he has helped in bringing to power and the constitutional legitimacy and occupancy of the John Agyekum-Kufuor-constructed Jubilee House, as Ghana’s modest Indian government-subsidized Presidential Palace is known and called. He has made himself very useful in more ways than one, but Mr. Agyapong is also quick and forthright enough to tell anybody willing to listen that as far as politicking is concerned, the US-educated businessman is head-over-heels in it unabashedly for himself. Let the afterthought crumbs of philanthropy fall where they may.

The Member of Parliament for Assin-Central Constituency, in the Central Region of Ghana, spent much of the first half of the first term of the two-term presidential tenure of the Addo Dankwa Akufo-Addo-led government of the New Patriotic Party mercilessly and, some would even say, recklessly bullying party stalwarts at Jubilee House for what might aptly be termed as the lion’s share of government-issued contracts. And when he did not seem to be having his way, the Assin-Dompem native ballistically went into a self-serving attack mode that was indisputably far more vicious than any of its kind that has ever been deployed by the inveterate main political opponents of the newly elected President Akufo-Addo among the vanguard ranks of the operatives of the National Democratic Congress (NDC). One politically destructive narrative of immitigable vendetta that widely made the rounds in the country’s media circles was that any businessman or businesswoman desirous of securing contracts from the State had to, perforce, fork up between $ 50,000 and $ 100,000 (USD), upfront, to the Chiefs-of-Staff at the Akufo-Addo Presidency.

Mr. Ohene Agyapong “Akompreko,” as he is also known to fawning followers, did not muddy the proverbial waters all by himself; the flamboyant and talkative proprietor of the Madina-, Accra, headquartered Oman Communications Network, also known as KenCity, recruited the sometime Hip-Life artist, Mr. Kwame Asare Obeng – aka A-Plus – to deploy this unenlightened tactic of the barbaric and Darwinian politics of personal destruction against any New Patriotic Party stalwart whom these two “Greedy Capitalist Bastards” perceived to be standing smack in their way towards the securing of lucrative government contracts. He was also widely alleged to have successfully negotiated a street-lighting or electrification contract for one of his several wives, who was alleged to woefully lack any professional training experience for the job, although Mr. Agyapong vehemently insisted to the contrary that the spouse concerned was well-qualified for the job. The veracity or otherwise of this story and the legions of other competing narratives, both standard fare and apocryphal, does not really matter here.

What matters here is the clear and incontrovertible fact that Mr. Kennedy Ohene Agyapong cannot be seriously counted upon to successfully fight rank official corruption should he become successful in his rather extravagant and wishful desire of being democratically elected President of the Sovereign Democratic Republic of Ghana. The fact of the matter is that our main subject of discourse here is inescapably and inextricably integral to the seemingly intractable problem of official corruption in the country. And when he stakes the rather grandiose and almost scandalous claim that if he is given the nod, Vice-President Mahamudu Bawumia would take the New Patriotic Party into opposition political culture, Mr. Agyapong cannot be taken seriously beyond the patently comedic and downright farcical. And, of course, all too predictably, the man does not provide any palpable or worthwhile reasons for staking such an extravagant and factually unsubstantiated claim, beyond the decidedly anecdotal and downright nonsensical assertion that “Only 3% of vice-presidents,” according to what the verbally incontinent critic claims is proven beyond any reasonable shadow of doubt by “my research” have been able to move directly into the presidency.

The Chief Pathological Narcissist continues further as follows: “I’m afraid about taking a chance like that. I’ve entered [this presidential race] as a result of [the findings of my research.]” He does not tell his audience precisely how such research was conducted, as well as what variables had been used to arrive at such an asinine conclusion. He apparently assumes that merely claiming to have undertaken some research vis-à-vis how vice-presidential nominees for the presidency had fared in the past would be taken at face value by his captive audience without any critical questions asked. He may, indeed, be living in a congenital Fool’s Paradise. In this context, he is absolutely not very different from former US President Donald John Trump.

There is clear evidence of Narcissism here, that facile psychological confusion of personal entrepreneurial success with formidable statesmanship flair or skills. The problem here, though, is that Mr. Agyapong cannot wholly run a serious or a successful presidential-electioneering campaign merely on the strength or the record of his entrepreneurial success or acumen. You see, even as a parliamentarian, the attendance record of Mr. Agyapong, who chairs one of the committees therein, has come under serious question. And just recently, for example, the American-trotting boastful politician was referred to the Parliamentary Disciplinary or Privileges Committee, I forget which, by House Speaker Alban S K Bagbin, together with two other colleagues, for sanctions or reprimand. Now, whether the Assin-Central NPP-MP gets sanctioned by his peers in Parliament or not is absolutely beside the point.

The real point here is that Mr. Agyapong woefully lacks even the minimum of discipline required of a parliamentarian, let alone that of the Presidency. He fully well knows that he is absolutely no match for Vice-President Mahamudu Bawumia by any objective political and/or academic and professional measure, thus his rather frivolous and patently infantile decision to play mind games with those unsuspecting Ghanaian citizens and eligible voters who may not know any better about what it really takes to successfully manage the affairs of Ghana’s 35-million people.