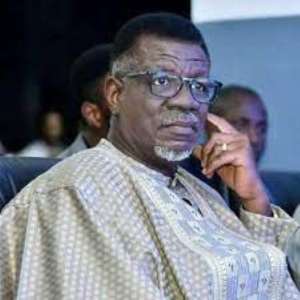 Founder of the International Central Gospel Church (ICGC) Pastor Mensa Otabil has had his photograph and profile deleted from the Board of Trustees on the website of government’s national cathedral project.

Pastor Otabil who was a member of the Board of Trustees of the national, according to the Member of Parliament (MP) for North Tongu Samuel Okudzeto Ablakwa, was removed from the website on the night of Tuesday, 14 June 2022.

Government had earlier asserted that Pastor Otabil was still a member of the Board of Trustees, despite claims by the North Tongu MP that he had resigned.

In a facebook post on Wednesday, 15 June 2022, Mr Ablakwa wrote: “After exposing another layer of deception relating to the grossly misleading claim on the website of the national cathedral that Pastor Mensa Otabil was still a member of the Board of Trustees; I can now reveal that last night, Government quietly took out Pastor Otabil from the website.”

The North Tongu MP had said even though Pastor Mensa Otabil left the board of the national cathedral last year, the government has kept his name on the list of members of the board of trustees.

Government is well aware the revered Pastor Mensa Otabil has walked away from this cathedral project more than a year ago, and yet government continues to publish on its cathedral website (https://www.nationalcathedralghana.org/leadership) that Pastor Otabil is a member of the Board of Trustees”, the opposition MP said in a post on Facebook.

“Then the Executive Director of what has been presented as a private board of trustees, Dr. Paul Opoku-Mensah, is being paid by the taxpayer as a full-time public official under Article 71 conditions at the Office of the President according to page 15 of the 2021 Annual Report to Parliament on Presidential Office Staff”, he alleged, adding: “Let us fear God”.