Ask God How Much to drink: Why Beer is Nutritious? 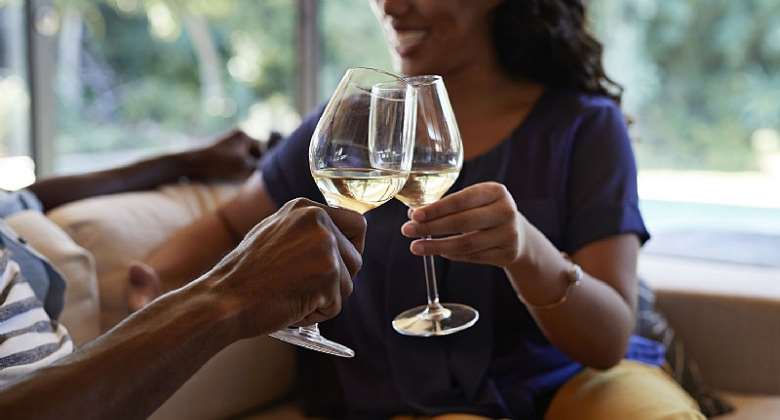 Beer is a popular alcoholic beverage made by brewing and fermenting cereal grains with yeast, hops, and other flavoring agents. Most types of beer contain 4–6% alcohol, but the beverage can range from 0.5–40%. Because emerging research has shown that moderate amounts of wine may have health benefits, many people wonder if beer can be good for you. This article explores the nutrition of beer, as well as its potential benefits and downsides.

Though beer is often viewed as empty calories, it contains some minerals and vitamins. Below is a nutrition comparison of 12 ounces (355 mL) of standard and light beer according to fdc.nal.usda.gov:

In addition, both types contain small amounts of potassium, calcium, thiamine, iron, and zinc. The content of B vitamins and minerals is a result of beer being made from cereal grains and yeast. Notably, light beer has around two-thirds of the calories of regular beer and slightly less alcohol. Though beer contains small amounts of micronutrients, it isn’t a good source compared with whole foods like fruits and vegetables. You would need to drink massive amounts of beer to reach your daily nutrient requirements.

Light to moderate beer intake may be linked to some health benefits.

Several studies suggest that light to moderate beer and alcohol intake may be associated with a lower risk of heart disease. One retrospective study by Pedro et al.(2018) found that a 12-week study in 36 adults with overweight found that moderate beer intake such as one drink for women, two drinks for men per day improved the antioxidant properties of HDL (good) cholesterol while also improving the body’s ability to remove cholesterol.

A study also found that Beer is more nutritious than other alcoholic drinks such as wine as beer has a lot of antioxidants than wine. Beer and Wine specific antioxidants are different because the flavonoids in barley and hops are different from those in grapes. Beer is also higher than wine in protein and vitamin B. Even better, beer contains iron, calcium, phosphates and even fiber.

A large review by Gaetano et al.(2016) also found that low to moderate beer intake — up to one drink per day in women, up to two for men — could lower heart disease risk to a similar extent as wine.

In fact, studies evaluating the relative benefits of wine versus beer versus spirits suggest that moderate consumption of any alcoholic beverage is associated with lower rates of cardiovascular disease. One has to take note that these potential benefits are related to light to moderate intake only. On the other hand, heavy alcohol consumption can increase your risk of heart disease and stroke.

This notwithstanding, Polsky and Akturk (2017) found that heavy and binge drinking can counter these benefits and significantly increase the risk of diabetes. Take note that, you will lose this benefits if the type of beer or alcoholic beverages is one that contain high amounts of sugar.

Light to moderate beer intake may be associated with these benefits:

Below are some of the negative effects of drinking too much alcohol:

How Much to drink?

How much to drink is a subject of interest. Many Christian advocate of drinking alcoholic wine point to a verse in 1 Timothy. Paul says, "Drink no longer water, but use a little wine for thy stomach's sake and thine often infirmities" (1 Tim 5:23).

Paul did not clarify what a little means. Probable, Paul left this open to the scientific community to justify. Besides, the type of wine was also not justified by Paul. But whatever kind of wine Paul was talking about (fermented or unfermented), it is exceedingly plain that the purpose of his counsel to Timothy was due to his stomach ailments.

Paul’s counsel related to a medicinal use, not a social enjoyment. What kind of wine was Paul recommending? Would the apostle encourage the moderate use of a drink which Proverbs 23:31 says “Look not upon the wine when it is red, “ a drink which brings “woe sorrow, babbling, and wounds” (Proverbs 23:29). A drink which is deceptive (Proverbs 20:1), a drink which perverts the judgment causing tine eyes to behold strange women and thine heart to utter strange things (Proverbs 23:32-33).

The Bible uses the word wine to refer to both an alcoholic fermented beverage as well as unfermented grape juice. According to Isaiah 65:8, the new wine is found in a cluster and there is blessing in it.

This is obviously the unfermented, freshly squeezed juice of the grape. Referring to the communion wine served, Jesus told His disciples that He would not participate in the service again until He “drank it new with them in the Father’s kingdom” (Matt. 26:29).

It is clear that the Bible talks about a little and some instances refer to what binge drinking could have on the body. In John 10:10 in part says, "…I am come that they might have life, and that they might have it more abundantly." God says, in engaging in binge alcohol we participate in destroying not only our own life but often the lives of others.

Also, in 1 Corinthians 10:31: "Whether therefore ye eat, or drink, or whatsoever ye do, do all to the glory of God" It is impossible to engage in binge alcohol to the glory of God. Moving away from the Bible, the Center for Disease Control(CDC) notes that to reduce the risk of negative health consequences, it’s best to limit your intake to no more than one standard drink per day for women and two for men.

The CDC further explained that:

According to niaaa.nih.gov: in the United States, a standard drink contains approximately 14 grams of pure alcohol, which is the amount typically found in 12 ounces (355 mL) of regular beer, 5 ounces (150 mL) of wine, or 1.5 ounces (45 mL) of spirit.

Is beer good for you?

From Biblical perspective, Paul’s counsel to Timothy was related to a medicinal use, not a social enjoyment. Departing from the Bible to the scientific community, the health effects of drinking beer are mixed.

Though small amounts may be associated with benefits, heavy or binge drinking is associated with negative health effects. These include an increased risk of alcohol use disorder, depression, liver disease, weight gain, cancers, and death.

Keep in mind that even though drinking alcohol may offer some benefits, you can achieve the same positive effects by enjoying a varied nutrient-rich diet of whole foods like fruits and vegetables. In fact, a recent health article on CNN.com states in part,

“The latest studies show you can get all the same benefits from grape juice as you can from wine. The reason purple grape juice contains the same powerful disease-fighting antioxidants, called flavonoids, that are believed to give wine many of its heart-friendly benefits. The flavonoids in grape juice, like those in wine, have been shown to prevent the oxidation of so called bad cholesterol LDLs, or low density lipoproteins that leads to formation of plaque in artery walls”.

Compared with standard beer, light beer contains a similar amount of vitamins and minerals but slightly fewer calories and less alcohol. This makes light beer a better option if you’re deciding between the two.

On a final note, some people wonder if drinking beer after a workout can aid their recovery.

Beer as a Sports Drink?

I have encountered many people on the Ayi Mensah road engaging in alcoholic beverages immediately after their exercise. Is there science? Three studies are mixed (Desbrow et al. 2013; Parr et al.2014; Steiner and Lang, 2015) demonstrate that drinking a low alcohol beer with electrolytes can improve rehydration, other studies have shown that alcohol can hinder muscle growth and recovery. However, it’s more effective to rehydrate by drinking nonalcoholic electrolyte beverages.

In the United States, a standard beer is 12 ounces (355 mL). Drinking one or two standard beers per day may have positive effects, such as benefits to your heart, better blood sugar control, stronger bones, and reduced dementia risk.