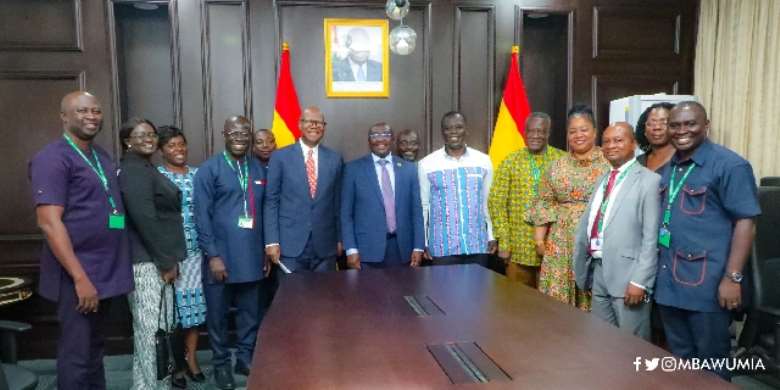 Vice President Dr Mahamudu Bawumia has said a well-regulated and functioning pension system is a major driver for investment and development of the country.

Together with the National Pensions Regulatory Authority (NPRA) and all stakeholders, Dr Bawumia said they will work together to accelerate the pace of pension acceptance through the use of digitalization, but to focus on designing and rolling out tailored pension schemes for the informal sector, such as the Cocoa Farmers Pension Scheme.

He added that together, “we will work to significantly increase the number of Ghanaians on pension schemes from the approximately two million in the formal sector now.”

Dr Bawumia said this today, Monday, 16 May 2022, when the leadership and management of the National Pensions Regulatory Authority, led by their sector Minister, Ignatius Baffour-Awuah, called on him at the Jubilee House to brief him on their activities so far, and their plans for the future.