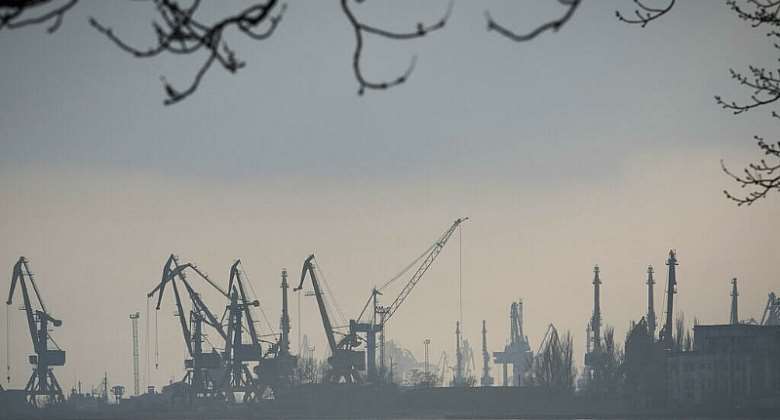 Russia is being accused of large-scale grain theft as top diplomats from the Group of Seven wealthy nations gather in northern Germany for three days of talks on the global impact of the Ukraine war on food and energy prices.

"This is an especially repugnant form of war that Russia is leading," German Agriculture Minister Cem Oezdemir said on Friday at the start of the meeting in Stuttgart.

Colleagues from G7 countries, Ukraine, the European Union, the OECD and the United Nations Food and Agricultural Organisation (FAO) are all attending.

Russia was "stealing, robbing, taking for itself grain from eastern Ukraine," Oezdemir said, describing it as an "economic war".

Before the invasion, Ukraine was seen as the world's bread basket, exporting 4.5 million tonnes of agricultural produce per month through its ports – 12 percent of the planet's wheat, 15 percent of its corn and half of its sunflower oil.

But with the ports of Odessa, Chornomorsk and others cut off from the world by Russian warships, the supply can only travel on congested land routes that are much less efficient.

Earlier on, German Foreign Minister Annalena Baerbock, host of a G7 foreign ministers meeting said the conflict already had become a “global crisis" because shipments of staple crops were stuck in Ukraine, a major agricultural exporter.

“Grain that's food for millions of people around the world, and which is needed particularly urgently in African countries and the Middle East.”

“That's why we are discussing how the grain blockade exerted by Russia can be unblocked, how we can get the grain out to the world.”

Baerbock warned that the brewing global food emergency was being further fuelled by climate change – another topic the ministers plan to discuss during their meeting in Weissenhaus, a resort on Germany's Baltic Sea coast, north-east of Hamburg.

French Foreign Minister Jean-Yves Le Drian said the G7 countries were "very strongly united" in their will to "continue in the long term to support Ukraine's fight for its sovereignty until Ukraine's victory".

About 3,500 police officers were deployed at the event site to provide security.

Also attending the meeting in Weissenhaus were the foreign ministers of Canada, Italy and Japan.

The NATO gathering will also hear from the foreign ministers of Sweden and Finland as the two countries are poised to join the Western military alliance amid concerns over the military threat from Russia.

Hottest Photo Reports
Catch up with all the political quotes from our politicians.
Advertise here
More from Russia
ModernGhana Links
French tyre group Michelin to halt business in Russia
'Russia cannot and must not win this war,' Macron tells G7 leaders
EU plans for life without Russian gas amid inflation spike
TOP STORIES