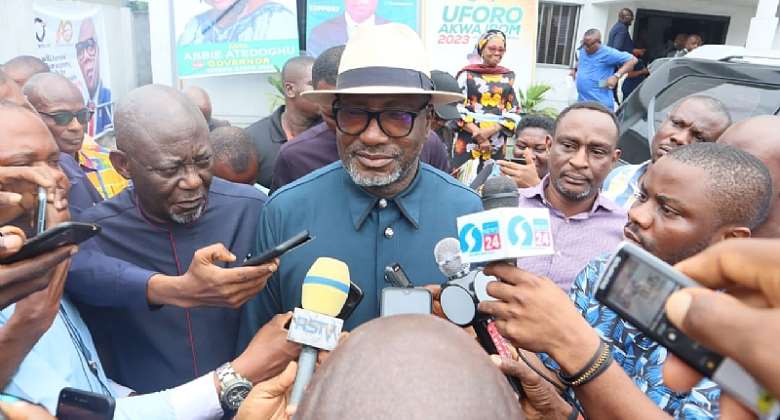 A frontline Rivers State governorship aspirant under the platform of the Peoples Democratic Party (PDP), Bro. Felix Amechi Obuah has promised to bridge the gap between the rich and the poor in the state, if given the mandate to fly the party’s flag at the forthcoming PDP state primaries.

Addressing journalists and a horde of supporters at the South-South Zonal office of the PDP along Aba Road, Port Harcourt shortly after he was screened by the Screening Committee on Friday, Bro. Obuah said governance is all about the welfare of the people and striving to provide their basic needs.

Bro. Obuah who was the immediate Chairman of the PDP in the state, pledged to live by his philosophy of ‘Go Round’.

In his words, “You know my name is ‘Go Round’. I want to make sure that at least, I reduce the gap between the rich and the poor, so that the wealth can go round”.

He disclosed that the screening exercise was straightforward and very successful, adding “We are expecting nothing but success all the way. We have all been screened and by the grace of God, it is confirmed.

“The best candidate will carry the day. We are going to showcase our democratic credentials and what we intend to do for our people. The delegates will have to select among the 15 of us who they feel is best suitable for the job”.

Mba Anabara Agu, as Bro. Obuah is traditionally titled, reiterated that he has the requisite capacity to govern the state, if given the party’s ticket, even as he expressed confidence in the ability of the Screening Committee Members to do a good job.

“The members of the committee are well respected citizens and the governor of Bayelsa State is the Chairman of the Screening Committee. Almost everybody there is a well respected and disciplined personality in the party. I am very confident because I have the capacity to lead the state”, he echoed.

“Rivers people should expect good governance. They should expect continuity. I am very sure that by the special grace of God, Insha Allah, I will make it”, he said.