Why the NPP Government Must Find Ya Na’s Killers 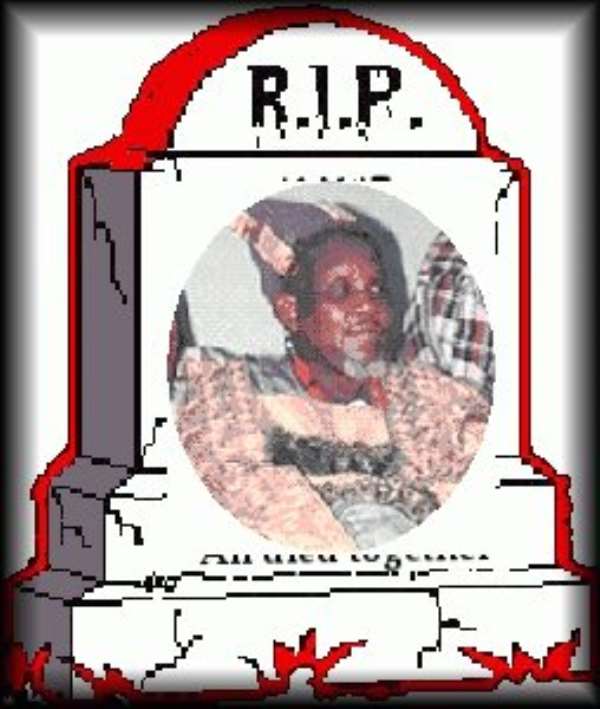 In a recent news story an Accra-based legal practitioner, Mr. Yaw Opoku is reported to have asked “What if it was the Asantehene?” in reference to the murder of the Ya Na and 40 others at the palace in Yendi in March 2002. That question, probably more than any other statement, underscores the significance of hunting down the criminals who committed the regicide, and bringing them to justice under an NPP administration.

As recent events shows, we are a nation that has learnt not to forget. We have learnt and perfected the fine art of remembering and seeking restitution for those who were denied justice in the past through political agency. We have spent so much of taxpayers money running a National Reconciliation Commission; and justifiably so. Only recently, we appropriately gave a befitting memorial to the judges who were dastardly murdered more than two decades ago.

Indeed, the NPP government has carved the image of a government of restitution for itself. It has returned confiscated assets of individuals and has also positioned itself as a government that takes seriously the concept of rule of law. At the same time, the NPP government also faces the public perception that it is an Asante government. In a country where ethnicity commands an enduring value such a characterization is inevitable.

However, the statement that if it was the Asantehene that suffered an attack similar to the Ya Na's experience the government would have handled the murder investigation with dispatch and with all seriousness, resonates powerfully with the truth than idle speculation. The lack of decisive action in finding the killers of the Ya Na and 40 of his staff at the palace is subject to be read variously. Whichever direction one chooses to view it, one thing is certain: The NPP government has not convinced us that it is not capable of finding the killers, nor has it demonstrated to us that it is serious about finding them. Why is this mass murder investigation closed so soon with no convictions? Why is this unresolved mass murder turned into a cold case in less than two years after it happened?

It took the families of the murdered judges more than two decades to find a sympathetic government to consider their case. Since there is no statutory limitation on murder, the families of the March 2002 Yendi massacre may have to also wait for a future government to open their case and score political capital out of their misfortune. Or should they? The answer lies with the NPP government. Any member of the NPP who really cares about the future of the party should take this question seriously.

I am bringing this issue up not because I have an axe to grind with the NPP. Rather I think that there are well meaning NPP officials who have not yet fathomed out the actual implications of the unresolved crime of the March 2002 Yendi massacre. It is to them that I speak.

Imagine this scenario. Sometime in 2008 or 2012, the NPP fails to make it to the presidency. It goes into opposition. Imagine the glee and delight with which the new government will rush to open up the case. If you cannot imagine that, empathize with what the former PNDC elements are going through now with all the news from the NRC and the activities leading to the commemoration of the judges in front of the Supreme Court Building. Think about the consequences of all these on the electoral fortunes of the NDC in the coming 2004 polls. In order to reduce the politicization of the March 2002 Yendi massacre, I will seriously want to see a resolution of the crime by the same government under which it was committed. By doing that we will take the wind out of the sail of future governments that may want to score political capital out of Dagbon's misery.

It is a terrible pity that the ignoble divide of Abudu and Andani has corresponding political party affiliations. Given the recent spate of changes in political party membership of some prominent Dagombas, one can conjecture that they are bracing up for a long battle. Deepening politicization is the last thing Dagbon needs now. We need leaders with strategic thinking to help Dagbon out of its current mess. We need leaders who will not turn Dagbon's misery into a political feast.

One other very serious reason why the NPP government must try to resolve the criminal aspect of the Dagbon crisis is that it will serve as a deterrent measure against any future attempts by anarchists who may be contemplating executing their agenda through a criminal act of mass murder. One of the silly impressions created over the 2002 Yendi massacre is the claim that the victims died in a war. You do not go to war in your own house or compound. You can only be attacked. The Ya Na died in his palace. He did not die at a battleground. There was never a war. It was an attack! Unfortunately, the Wuako Commission discursively constructed and framed the crisis as a war. Too bad for Ghana's justice system.

So then, if a law-abiding chief can be attacked and killed together with his staff, and yet the killers cannot be found, what example does this represent? As a country truly under the rule of law, we should have empowered an ace investigation team with power to subpoena any body. Secondly the investigation team should not wind up its work until the perpetrators are brought to justice. We did not see that. The regicide is now a cold case. It is not too late to turn things around. Justice can always be delivered, even if delayed, as we saw at the NRC.

The National House of Chiefs should consider the task of finding Ya Na's killers a very important matter too. The Ya Na defended tradition to the hilt by sticking out in his palace to the end. The 2002 Dagbon regicide is the traditional equivalent of a political coup d'é·tat. The regicide has the potential of reproducing itself in other traditional areas. The antidote to copycat replication is to decisively prove that it does not pay to break the laws of Ghana including committing homicide in order to achieve ones agenda. Ghana should be spared of the possible scenario of copy-cat replication.

On the possibility of replication, there is always this question of whether a future Abudu or Andani Ya Na is safe from another regicide. We may not be able to answer that question now. But we will be a stupid people if we sit by for history to be repeated. We can avoid a repetition not by building a fortressed Ya Na's palace, but by proving that lawlessness does not pay and that justice knows no political party boundaries.

We need peace, and as the saying goes, peace is not the absence of war, but the absence of conditions of war. The NPP government, and the National House of Chiefs have a collective responsibility of safeguarding the institution of chieftaincy. Doing so include providing chiefs an assuring and secure environment that would preclude the fear of being attacked. With the case of the Yendi massacre unresolved, we cannot say that as a nation we have done enough to maintain a regime of rule of law and order. “To whom much is given”, as another saying goes, “from him much is expected.” The NPP government especially has that responsibility of delivering the expectation. It may refuse to deliver, but it surely does so at its own peril and that of Dagbon unfortunately. Note to the Reader: Despite having various family ties to Abudus and Andanis this author wishes to acknowledge that he is non-aligned. The only identity he claims is being a Dagomba. Dr. Amin Alhassan, Assist Professor, York University, Toronto, Canada Views expressed by the author(s) do not necessarily reflect those of GhanaHomePage. By