FixTheCountry Movement bath Oliver Barker-Vormawor with powder after his release 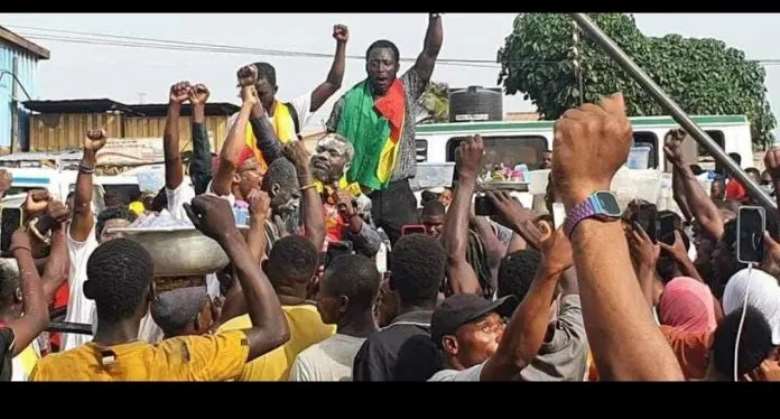 Scores of supporters of the FixTheCountry Movement jubilated in style in Accra on Thursday, March 17, 2022, when their convener, Oliver Mawuse Barker-Vormawor was finally released on bail.

As part of the bail conditions, the Court ordered that one of the sureties should deposit his document covering the landed property within the jurisdiction of the Court.

Pursuant to the orders of the Court, the Police took the accused person to the Court to execute the bail.

At the court, the Registrar informed the Police that he had submitted the document presented by the sureties to the Lands Commission for verification and he was therefore unable to proceed with the execution of the bail until a response was received from the Lands Commission.

As a result, the Police could not release the embattled FixTheCountry convener on bail as granted by the Tema High Court.

Finally, today, Oliver Mawuse Barker-Vormawor and his lawyers have met all the bail requirements for his release.

While the FixTheCountry Movement celebrates his release, his lawyers are preparing for his return to court on March 29.

He was charged with treason felony over a post on his Facebook page where he threatened to stage a coup in the country should parliament approve the controversial Electronic Transaction Levy.