The Fourth Estate Strives On Ethics; It Must Not Arrest The Law 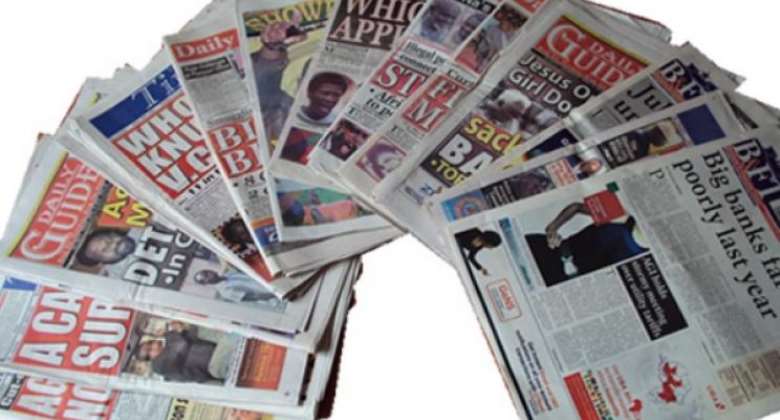 Rt. Hon. Speaker Alban Bagbin may have spoken like a street political hawker whose understanding of freedom of speech means freedom to speak anyhow at any time and anywhere. He should be reminded that journalists are not thin gods who are above arrest when they breach the law. Freedom of speech does not guarantee anyone to speak as though he/she is above the law. A journalist who speaks unethically and without virtue shall have the law to dine with.

The above justifies the arrests of some supposed journalists who hide behind freedom of speech to incite or attempt to incite the general public against the peace, sanity, sanctity and stability of this country. Freedom of speech has been well-grounded and guarded in the President Akufo-Addo led government and more so in this fourth republic except that the laws, as to be enforced by the Ghana Police Service under the broader canopy of the executive arm of government would not countenance any unethical state crippling politicking which hides behind a journalism smokescreen to ferment state chaos.

Research organized by Avance Media to throw the spotlight on Ghanaian newsmakers, newscasters and the evangelists of credible information in the media both locally and internationally identifies that "the basis of journalism as the fourth estate and a watchdog for corruption and injustice brings an unequivocal responsibility for journalists to be equally skilled and hard-working as they are virtuous and ethical". It is thus clear in this research that, though journalism is considered in modern-day democracy as a fourth estate and a watchdog, the practice of this fourth estate must not relegate ethics to the background. Ethics form the backbone of credible journalism and without it will this fourth estate be deficient in trust and the support of democracy.

In short, any well-meaning citizen must appreciate the extent to which we have come as a people in growing our democracy, making conscious efforts not to plunge this country into the ditch of mobocracy, authoritarianism and militarism. Freedom of speech is highly guaranteed in Ghana but that freedom is not exclusive. Even the first gentleman of the land, the President, uses this freedom wisely so should anyone of us.