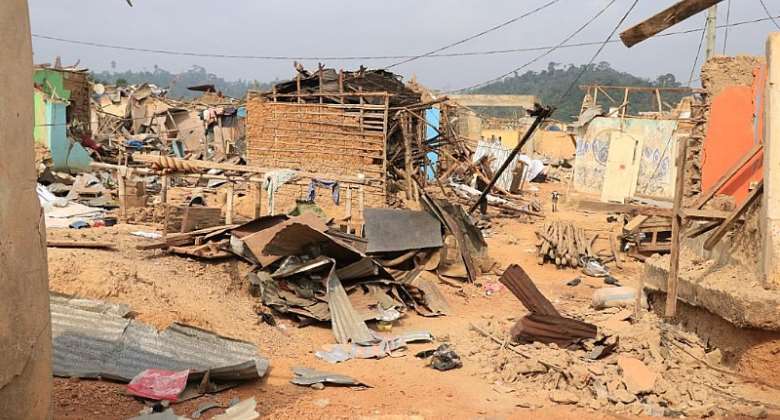 This law gives the President ultimate authority to set up an independent Commission of Inquiry into matters of Public interest, and the Apiatse Explosion case is no exemption. Indeed, this unforgettable event has spurred public fury due to the magnitude of the explosion.

The mournful incident that befell the people of the Bogoso-Apiatse community on the 20th Day of January 2022, is unacceptable and could have been prevented.

Surely, accidents do not just happen, they are largely caused by human errors or institutional failures. When asked on the News file on Saturday 22nd January, 2022 by Sampson Lardi Ayenini whether the investigation report for the Apiatse Explosion will be made public, the Minister of Lands and Natural Resources, Samuel Abu Jinapor could not answer in the affirmative.

It is evident that as a country, we have not been faced with such a disaster in the Manufacture, storage, transportation and use of Explosives, hence it is a grey area for most citizens and especially, the Mining communities through which these explosives are transported and used.

Preliminary reports and directives, including the interdiction of the Chief Inspector of Mines who is mandated by law to conduct an inquiry into accidents involving explosives and the suspension of Maxam after the incident, presuppose that there is a Prima facie case.

It must be put on record that, the tragic incident did not only affect the people of Apiatse and as such, has gained a lot of sympathy from international communities, individuals, and the country at large.

For the purposes of satisfying public concern, accountability, and transparency, it would be fair to conduct an impartial inquiry into the matter in the full glare of the Public. The manufacture, storage, transportation and use of Explosives is a properly regulated area which bestow on individuals and institutions certain responsibilities and accountabilities.

The Minerals and Mining (Explosives) Regulation, 2012 LI 2177 confer responsibility not only on the transporter, but also the user.

Surprisingly, Chirano Mine which happens to be the expected recipient and the final user of the explosives has not been mentioned in any of the directives so far.

As a country, we cannot sit down and suffer from the irresponsible actions of an individual or an institution.

A press release taking responsibility is not accountability.

An impartial and public investigation into the matter must be conducted and persons found guilty prosecuted accordingly.

It is not in doubt that, the interim cost of rebuilding the Apiatse community as hinted by the Vice-President of the Republic of Ghana will be borne by each taxpaying Ghanaian. This is a public concern that justifies the call for a Public Enquiry into the accident.

Transparency and Justice for the People of Apiatse.