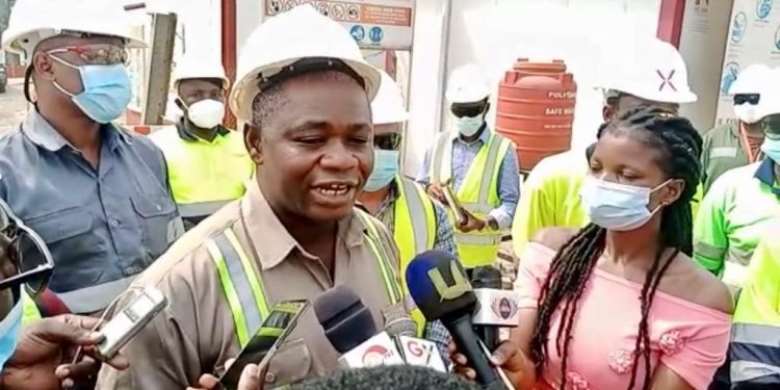 The Minerals Commission has explained that the closure of Maxam Company Limited at Tarkwa is to tackle the source of the problem that led to the tragic explosion at Appiatse, near Bogoso in the Western Region.

The Commission shut down the company on Saturday in compliance with a directive by the Lands and Natural Resources Ministry.

Its Western Regional Manager, Isaac Mwinbelle, gave the explanation in Takwa after shutting down Maxam.

“The explosion didn’t happen here. But we have to close down this site because this is the source of the material. This is where the explosives were manufactured and transported to the various site. So once it starts from here, we must get to the source, just not stopping it on the highway. This is the reason why we are shutting the company down so that we can complete all investigations into the matter as part of the Minerals and Mining regulations, where we think that, there is further harm, that could be caused as a result of operating any site.”

Speaking after handing over the shutdown documents to the company’s Plant Manager, Emerald Takyi, the Western Regional Manager of the Commission, Isaac Mwinbellen said Maxam Limited, cannot be blamed for any wrongdoing until investigations into the incident are completed.

“We have not completed investigations, and we cannot say that Maxam has gone wrong in any of this. We are still going through investigations. Remember that the Police are also doing their investigations on the spot.”

To forestall a secondary explosion, the government has deployed a joint team of police and military explosion experts to examine the situation and put in place the requisite measures.

Deadline for debt exchange programme may be extended again –...
38 minutes ago