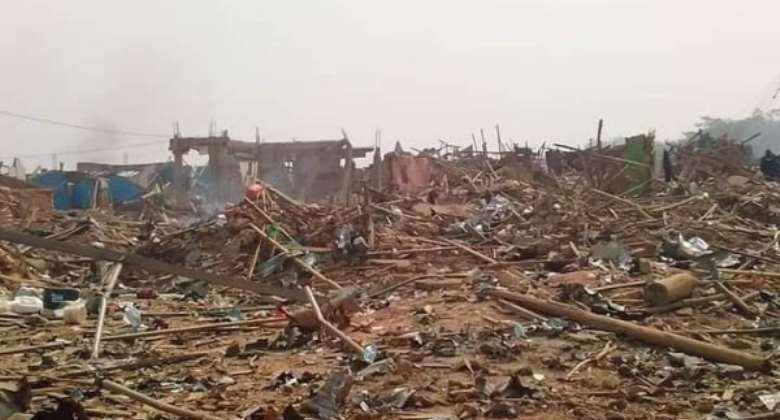 The Prestea Huni-Valley Municipal Assembly will on Monday inaugurate an 11-member committee to manage all donations for the Appiatse explosion victims.

The committee would ensure the disbursement of relief items and strategize on how the displaced would be catered for throughout the year.

Dr Isaac Dasamani, MCE who made this known in an interview with the Ghana News Agency (GNA) on Sunday said the committee would include; members of the clergy, five community members including; two females, the MCE and members of the security Agencies.

Dr Dasamani noted that a lot of donations had been received from the government, corporate institutions especially from the mining companies as well as other private individuals, which ought to be managed for the benefit of the victims.

He said plans were also underway to enroll students affected by the disaster in schools of neighbouring communities as the Assembly in collaboration with the Education Directorate was arranging a shuttle service to convey the students to the schools.

On Thursday January 20, a truck carrying mining explosives exploded in the Appiatse after colliding with a tricycle.

The explosion spread quickly to the whole community, leaving many deaths and injured.

Dozens of residents have been displaced as a result.

Giving an update of the issue, the MCE said 246 cases had been reported with four of the injured in critical conditions.

He also mentioned that the Assembly was making arrangements to house the displaced.

"The Regional Minister is bringing me 20 tents, Goldfields has brought about 15 that can accommodate 150 people, Red cross has also brought some that can host about 120 people", he said.

"If we are able to create that environment for them, then we can start disbursing some of the food items because then they can cook and do other things in the environment", he added.

Dr Dasamani lauded the response from the Government, corporate institutions and individuals towards the people of Appiatse.