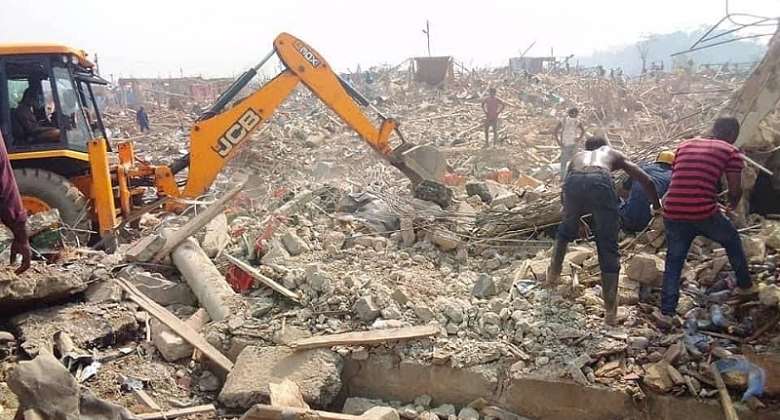 Dubbed “Media General Support Apiatse Victims”, the campaign is to offer relief support to the victims of the Apiatse explosion, which occurred on Thursday 20th January 2022 when a truck carrying explosives to a gold mine crashed with a motorcycle.

Chief Operating Officer of the Media General Group, Kingsley Winfred Afful revealed the group’s motive for launching the campaign. “As a responsible organization, it forms part of our responsibility to support efforts to bring relief to the affected people. We have committed ourselves to enriching lives and empowering Ghanaians across the country. We have carried out several projects over the years spearheaded by 3Foundation”, he highlighted.

He further appealed to corporate Ghana and individuals to join in this campaign by supporting with cash or other relief items such as mosquito nets, tents, mattresses, food items, new and used clothing, bags of cement, roofing sheets and other building materials.

Donations can be made at the offices of TV3 Network in Kanda, Accra, Connect FM in Takoradi and Akoma FM in Kumasi between 9 am and 5 pm daily. Cash donations can be made through MOMO (0242261550 TV3 Network, Reference – Apiatse Victims) or 3Foundation’s Zenith Bank account number 6010603927, Kojo Thompson Road branch.

Chris Koney, Group Head of Corporate Affairs at Media General (020 8541480) and Ransford Osei Asare, General Manager of Connect FM (0244714984) have been appointed to manage this campaign.

REVENGE: A lady got pregnant by her sister’s husband who was...
58 minutes ago