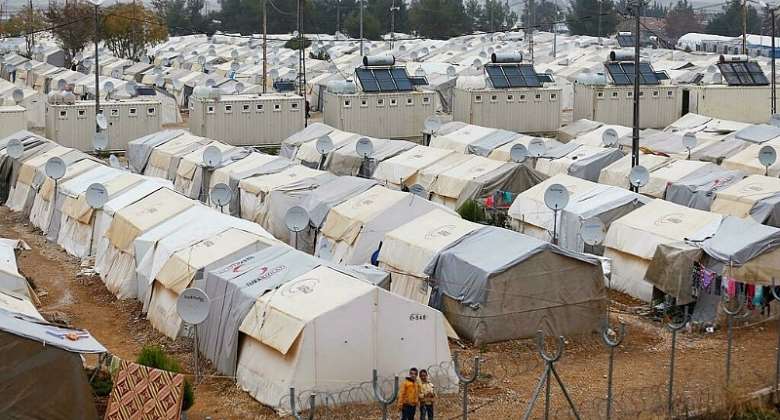 Turkey is in the grip of an economic crisis. Last year the Turkish lira plummeted nearly 35 percent, resulting in surging prices and rising poverty. The country's deepening financial woes are prompting concerns it could further raise tensions over the presence of millions of refugees.

Pain and fear stalk one of Istanbul's main food markets. A year of financial currency turmoil has brought with it soaring inflation, predicted to rise to over thirty percent and beyond in the coming weeks.

'Prices keep rising'
Fruit and vegetable seller Veysel, who only wants to be identified only by his first name, tries to drum up trade for his fresh oranges and lemons. But most customers just look on and Veysel says he fears prices will keep going up.

"Prices keep rising, like the increase on the price of the plastic bags we use, or on the produce we buy from wholesalers," Veysel says.

"Then we have to include this price increase on our produce; we have to reflect it on some of the goods we sell, we have no choice," he adds.

One of Veysel's customers, who didn't want to be identified, says she's battling to survive.

"I no longer have buying power. I am saving whatever cash I have," she said. "Now the prices are incredibly high; I am not buying anything that I don't need immediately.

"Because one cannot see the future, one cannot guess what the price of bread or other foods will be next month. During the pandemic, we at least had some hope; now, no one has any hope," the customer adds.

4 million refugees are vulnerable
As Turkey's economic pain deepens with rising prices and growing poverty, the country's four million refugees, mainly Syrian, could be vulnerable. A recent opinion poll found a majority of those polled want the refugees to leave.

"Seventy-five percent didn't agree Syrians contribute to society whereas 61 percent agreed or definitely agreed with the statement that a more harsh stance should be taken by security forces towards the Syrian refugees," said Selcuki.

"I think one reason is that the influx of the Syrian refugees were very poorly managed.

"We don't talk about the Syrian entrepreneurs that establish a connection with the wider Arab world and Turkish firms. Or we don't talk about the young kid who got the highest point in the high school entrance exam last year who was of Syrian origin. The bad examples are always much more than the good examples," he added.

Ankara violence
Animosity spilled into violence in August when Syrian refugee homes and shops were attacked in the capital Ankara.

A series of social media videos by Syrians apparently mocking the inability of Turkish people to afford bananas caused outrage, prompting authorities to detain those responsible for the videos, who now face deportation.

Atilla Yesilada, an analyst with Global Source Partners, warns social tensions over refugees can only rise as the economic crisis in Turkey deepens.

"I think it's going to get worse. That's a very common social phenomenon observed everywhere. When things are well, refugees are tolerated," he said.

"But when economic stress rises, people always look for scapegoats, and who are better scapegoats than minorities? And in Turkey, in the western part, the minority happens to be the refugees because they are very easy to identify. And, as I said, even the smallest friction can explode into something massive."

Arab tourism
Animosity towards Arab refugees comes to the fore as Turkey's crucial tourism industry is increasingly dependent on tourists from the Arab world.

Istanbul's historic shopping street Istiklal used to be filled with European tourists, but now most stay away from popular destinations like Istanbul due to Covid-19 restrictions, which blocked or restricted travel to Turkey until recently.

So now Istiklal Street is filled with Arabs from across the Middle East. Sunglasses and watch shop owner Guclu Sahin says Arab tourists are now vital to his shop's survival.

"Eighty percent of the tourists are from the Middle east. The economy went down for local customers, and we've been losing customers every day, and I can say I have changed totally my business to Arab customers," said Guclu.

Arab tourism is a valuable source of precious hard currency for Turkey. But that could be at risk if animosity against Arab refugees escalates to wider anti-Arab sentiments.