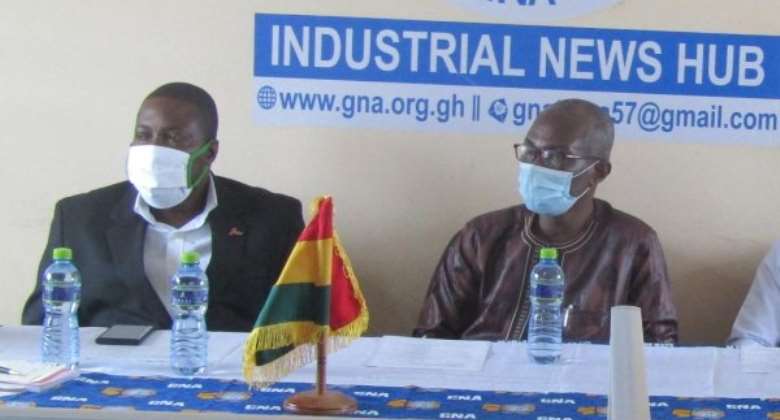 Let's work towards eliminating stigmatization and discrimination against People Living with HIV and AIDS in the communities; Dr Stephen Ayisi Addo, Programme Manager at the National AIDS/STI Control Programme (NACP) has appealed to the public.

"We are calling on civil society groups, chiefs, religious and traditional leaders, to help to talk about it in the community so that we prevent HIV infections," Dr Ayisi Addo stated at the monthly “Stakeholder Engagement and Workers Appreciation Day,” seminar organised by the Tema Regional Office of the Ghana News Agency.

The GNA Tema Stakeholder Engagement is a platform rolled out for state and non-state actors to address national issues and serves as a motivational mechanism to recognize the editorial contribution of reporters towards national development in general and growth and promotion of the Tema GNA as the industrial news hub.

Dr Ayisi Addo also called for intensification of the education on prevention until a cure or vaccine was found to prevent new infections or reduce the number of HIV positive patients.

He recommended that an enabling environment be created to motivate people to know their status and rather not point fingers at those who have declared their status or look down on them since that will cause them to hide and in effect place others at risk.

The NACP Programme Manager noted that, unlike other conditions, HIV was cumulative so anyone who tested positive would be adding to the numbers and over time it will become overwhelming.

He also advised HIV patients on treatment to adhere to their schedule because as long as they take their medication, the virus was suppressed, undetectable and cannot be transmitted while when they withdraw the virus come back again.

"The message now is there is treatment so even if you know your status, it is not a death sentence," he said.

He noted that whereas the face of HIV had changed, the problem still persisted and there were conditions to continue to stay healthy even when one tested positive.

Dr Ayisi Addo encouraged people to access testing and not wait to fall sick before visiting the hospital, stating that there were about 380,000 people living with HIV in Ghana but not all of them were aware.

In addition, he said that people living with HIV had the same life expectancy even more than other people because of treatment.

Mr Francis Ameyibor, Regional Manager, Ghana News Agency, Tema, said the Agency's Regional Office has shaped itself as a vanguard for industrial communication and a catalyst for change to promote national development.

He said with Tema as an industrial nerve of the country, it was reasonable for the GNA Regional Office to position itself to become the frontline of industrial communication to advance the country's growth.

Mr Ameyibor noted that the regional office of the Agency had developed systematic pillars which pragmatic journalism hinged on; including a mechanism to deepen the working relations with its stakeholders, to ensure that both the media and the corporate world worked towards national development.