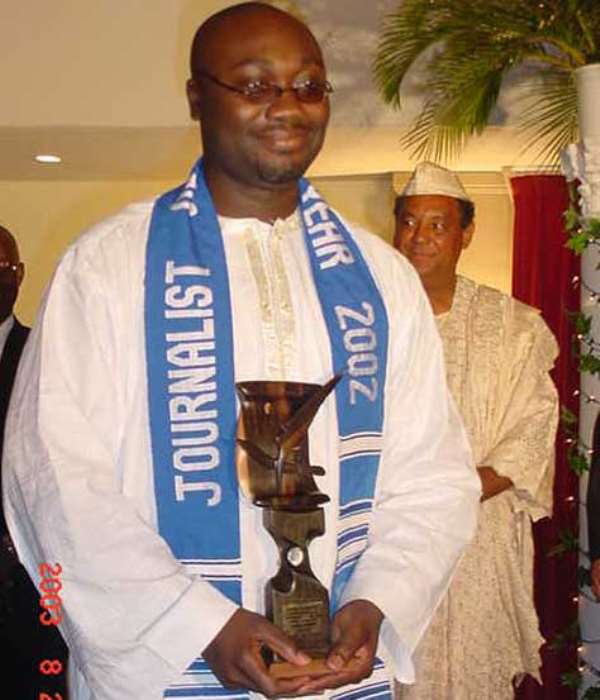 In a world where the substantial is less preferred to vain pursuits, you can always bet your last pesewa (do they make them anymore) that Ghanaian journalists would always find something to engage their collective wandering minds. So after running out of subjects and people to name, blame and shame we woke up from some bad dream and decided we would become the focus of our own creativity. Not a bad idea, after all suicide has always been an attractive tool for settling scores among communities who suffer from identity crisis. Ask the Palestinians. My sympathy goes to people caught on the sidelines with mouths gaping with stupefaction about the whole drama. A drama, which as you read this, has been given a chat-topping soundtrack of a messy GJA election. But, didn’t you guys know that we have long mistaken bickering for bonding in the B section of the dictionary? And oh, didn’t you know that aside of politicians and robbers; we are the only group who draw daggers when we discuss how the loot should be shared. Thanks to Komla Dumor something, which has long been tightly muffled like a great king’s fart, has now seeped through the cracks for everyone to smell. FUUUU!!!!

Strange we have come to this point where who is a journalist has become the dominant issue on front pages of our thoughts. That confuses even my nine-year-old niece who has always thought that anyone she has seen, heard or read in any media outlet is a journalist. I am frustrated by her limitation in age and reasoning so I am forced to agree with her. Or maybe by her under-informed question I am closer now to the definition than I have ever been. Don’t we all need kids around us because their naughty and undeveloped minds can figure out from light years what we may skip even at close scrutiny helped, if you like, by Einstein’s thick glasses. Is the question hinged on the persona that won the award or the work that won the award? One should not replace or get in the way of the other

My own suspicion is that a chaotic mixture of legitimate concerns, resentment, and abstract thoughts about what the criteria should be, has cluttered the argument about Komla’s eligibility as a journalist and much less an award-winning one. Sometimes I am left with the impression that Komla’s personality has been mistaken for the quality of his work. If the argument could be limited to basic questions; 1, what did he do, and 2, when did he do it, then long-suffering by-standers like me would be spared this embarrassing and tortuous splitting of hairs over whose resume should have journalism written in the career column. If it were his work then what would have been the preferred alternatives of Komla’s critics? And did these others show interest in the award and so applied for it? Even sadder are the sloppily written arguments I read and listen to ever since Komla’s nomination was made public. Some of them would make you wonder whether you were reading Twi, Ewe or Sefwi candy coated in English. Bad language and cluttered thinking is the journalist’s chief enemy and I reckon it is one reason why Komla, as it now seems easily appropriated the prize to himself.

That by no means gives anybody with a flair for verbiage and equipped with a wide vocabulary range, and driven by a flawed self-belief, the excuse to pick up a pen or get close to the nearest microphone and voila! proclaim himself a journalist. So that anyone who gets tired of herding cattle for instance could not become a journalist after his first acquaintance with the microphone, the newsprint or the camera. Training is absolutely important and nothing can replace it because it gives you the tools to craft your career.

However, many newsroom years have taught me that an encouraging and knowledgeable superior could replace the blackboard if you didn’t have the good fortune to sit in front of one at a journalism school. Some of the great contributions in the industry, both in Ghana and elsewhere, have been made by people with scant familiarity with a journalism lecturer in the years before we started hearing or reading their work. Those who have had that advantage should not be trapped in this siege mentality of “ oh they are taking the job from us”. Journalism school gives you the road map but does not give you the vehicle to get to your career destination. And to use the golf analogy; it’s akin to denying an amateur with a double-digit handicap his due after if he beats Tiger Woods at a major. That may be unlikely, but when it happens we would be forced to reward him for the victory. Only quality of work should be the dividing line between real journalists and the fraudsters who always leave us wondering whether this was a work of art or a prank by some lorry park comic. I think those who oppose Komla on the basis of his qualification should answer the question of where they were and what they said when people with similar disadvantage, or even worse with lesser scholarships, won the award in the past.

So who is a journalist? Once again my niece’s definition, though too straightforward, would largely qualify my answer. From my spirited days on the Chronicle I have grown to accept that a journalist is basically a communicator whose work impacts on the thinking of the community where he operates. His work should progressively affect how the community sees itself now and in the future, and if you like, the past too. He is part of the mechanism through which his/her community gauges its failures, imperfections, achievements, and pursuits.

I am not Norman Miller who said, “ if a person is not talented enough to be a novelist, not smart enough to be a lawyer, and his hands are not shaky to perform operations he becomes a journalist” I believe in this calling, unlike God’s ministry, the message is more important than the messenger. And let’s keep quiet and stick to what we know best, reporting. And we should not speak unless we can improve the silence. Or, unless we can talk about the unrestrained mediocrity which has become the real enemy of the profession. Views expressed by the author(s) do not necessarily reflect those of GhanaHomePage.