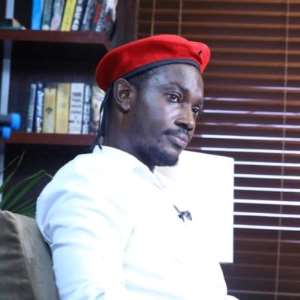 A member of the Economic Fighters League (EFL), Ernesto Yeboah has said leaders put in charge of the economy over the years have failed the country.

Speaking on Joy Prime on Thursday morning, he said there has been the urgent need to rescue the nation from the current crop of “corrupt” leaders.

According to him, fighting to remove the New Patriotic Party (NPP) and the National Democratic Congress (NDC) from the corridors of power appears unsurmountable but though, a battle that has to be waged.

“What we are seeking to do is to get Ghanaians, people who are ready to put the nation first, people of integrity and substance and all of that. Because currently what we have are square pegs in round holes.

“And not just that, these square pegs in round holes are actually at the top and we have very competent, very intelligent people and all of that at the bottom,” he pointed.

He refuted allegations of some persons hiding behind EFL to promote their personal ambitions saying “it’s just the need to move this country forward.”

As to whether members of the EFL were not ripe enough to assume leadership of the country, Mr. Ernesto Yeboah asked, “who was David to Goliath, who was Kwame Nkrumah to even his peers in the UGCC, so the fact that it has been done before encourages us that it can be done.”

He noted strongly that the NPP and the NDC are huge but empty, indicating that they cannot fix the country, “and the 30 years have proven that.”