Refusal To Form the OSP Board: What Does the OSP Mean in the Government's Fight Against Corruption? 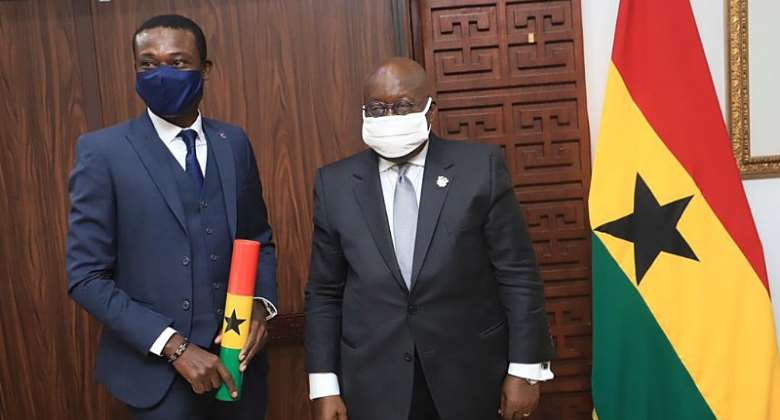 It's perhaps an overstatement to mention that the NPP rode on the back of its promise to fight corruption to come to power. A specialised vehicle created by the government to pursue its promise is the OSP. The OSP was touted as the panacea to corruption. After a fierce battle of ideas, the OSP was created by an Act of parliament with the government receiving massive support.

When Martin Amidu was appointed as the first occupant of the office, many like myself, hailed it as full proof of the President's commitment to the fight against corruption. It was only a matter of time for Martin to begin a series of complaints. He complained about the tardiness of government to lay a subsidiary legislation for consideration of parliament pursuant to the passage of the OSP act, which was a proviso for the operationalisation of the office. At another time he complained about the lack of resources, and so on and so forth.

Some Ghanaians felt Mr Amidu's complaint weren't justified. Others called his complaints 'whining'. I stood by and supported Mr. Amidu all through except for his last minute move to resign. With all the drama that surrounded Martin's appointment and exit, which like it or not, caused a huge embarrassment for government and cast a thick shadow of doubt on the President's commitment to the fight against corruption, one would have thought that, everything necessary would be done to dispel that shadow.

Heck, if not all, similar things which Mr Amidu deemed 'deliberate' by government to stonewall his fight against corruption, are currently happening to Mr. Kissi Agyabeng. As he, Mr. Amidu once put it metaphorically, "you don't tie my hands behind my back and call me a bad boxer". First, his budget of Ghc1.2bn was slashed to a paltry Ghc80 million and later to Ghc180 million after a protest - to be used for retrofitting, furnishing, establishing divisions within, operationalising, etc. - his office. Point is, the fight against corruption is never cheap but when invested in adequately, the returns would be massive. Corruption is the single biggest push that can halt development and put a country on a reverse gear.

After flamboyantly announcing Kissi as the new occupant and swearing him in, how was he to function when the Board of the OSP hasn't been sworn in? For the purpose of education, it is important to point out that without a board, the OSP cannot recruit staff, create divisions within the office (eg. forensic lab, police force, investigators/interrogators, etc) because these are major policy decisions that require the approval of the board. Aside normal administrative duties and day-to-day operations of the office as enshrined in that act, without a board, the office will not be effective. For example, how can the SP alone investigate and prosecute cases of corruption especially those sophisticated in nature? That'll mean, the SP should be investigator, forensic scientist, interrogator, police, and ultimately, prosecutor.

It saddens me that a bright and enthusiastic young man like Kissi would be held hostage by deliberately denying him the essentials that are needed to put his office into full gear. There's no justification to have created the office and appoint an adept young man to occupy it, if we weren't prepared to do what is necessary for the attainment of the objects of the office. The lack of urgency to equip the office, is by reasonable assumption, a lack of commitment to fight corruption. This is by extension, a condescension to the electorates who were promised the "public shall be protected".

I am so disappointed that nobody in government and NPP cares about purging the image of the President by ensuring that the fight against corruption is successful per the President's own witting public utterances and that, his own baby, the OSP, is well catered for, to gain him the honour of etching his name in gold in the anals of Ghana's fight against corruption. Can we for once imagine if the SP begins to go public with complaints, the effect it will have on the credibility of the President and the government? Let's not push him to the wall and think he can't push back!

Residents of Settlement unhappy over destruction of road in ...
30 minutes ago