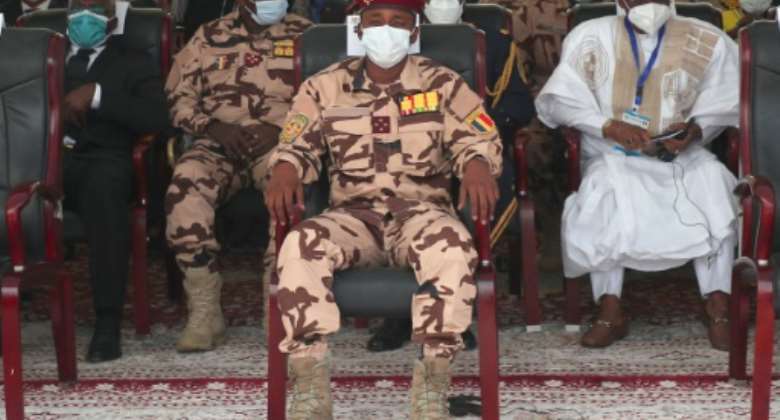 Chad's military-led government on Monday decreed an amnesty for nearly 300 rebels and political dissidents, meeting a key demand by opposition groups invited to join a forum on the troubled country's future.

The amnesty will apply to 296 individuals sentenced for offences including "crimes of opinion", "terrorism" and "harming the integrity of the state," according to a ruling by the Council of Ministers received by AFP.

Rebel groups have said the amnesty is a pre-condition to joining a round table proposed by President Mahamat Idriss Deby Itno, 37, who took the reins after his father Idriss Deby Itno was killed fighting insurgents in April.

On taking office, the younger Deby dismissed the government, dissolved parliament and repealed the constitution, promising to stage "free and transparent" elections within 18 months.

In August, he offered to launch a dialogue that would include rebel groups.

After contacts in Qatar's capital Doha and Paris, the rebels last month set down preconditions.

These include "the release of prisoners of war, a general amnesty for all political-military figures, and the return of rebel property seized by the government."

The decree issued Monday said it was "indispensable to sweep away the remnants handed down from the dark periods of our times, by granting a general amnesty to those who, for one reason or another, chose the path of exile and/or violence to express their political divergences."

A former French colony in the heart of central-northern Africa, Chad has a long history of coups and fighting.

The older Deby, like his son a career military officer, seized power in 1990.

He governed the country with an iron fist for 30 years, staying in power after being repeatedly returned in elections that opponents condemned as flawed or rigged.

Relying on air support from his ally France, he thwarted attempts by exiles crossing from Libya or Sudan to advance on the capital N'Djamena.

The amnesty applies to those who are in jail and others who have been sentenced but are not in detention.

It affects 39 people sentenced for harming state integrity or crimes of opinion.

It also covers 257 members of armed groups who were jailed after an attempt by the rebel coalition, the Union of Resistance Forces (UFR) to overthrow Deby senior in 2019.

Government spokesman Abderaman Koulamallah said the decree included a list of the names of people benefiting from the amnesty.

"The rebel leaders are not on it because they were already amnestied in 2018," he said.

Kingabe Ogouzeimi de Tapol, spokesman for a large rebel group called the Front for Change and Concord in Chad (FACT), whose forces were fighting Deby senior when the former president was killed in April, welcomed the announcement.

"If it is confirmed and is borne out in facts, this amnesty will be a major step forward towards, among other things, dialogue, reconciliation and peace, which all Chadians want," he told AFP.

Timan Erdimi, the head of the UFR who lives in exile in Qatar, said the amnesty is "part of our preconditions. This is a first step."

He also pointed, however, to the "release of Tom Erdimi," his brother -- who according to relatives is being held in Egypt -- as well as "prisoners of war and the return of seized property."

Kelma Manatouma, a Chadian political researcher at Nanterre University near Paris, said the move was "an important step towards reconciliation, and a political act to give legitimacy to (Deby junior)... who had been contested because of the dynastic succession."

"He will pick up a capital of goodwill, both domestically and abroad, which will include a potential presidential election bid," Manatouma predicted.

Chad, whose military is considered to be the best in the Sahel, is a key country in France's anti-jihadist campaign in the region.

The handover of power to the younger Deby was quickly endorsed by Paris, and also supported by the European Union (EU) and African Union (AU).

Ministry of Foreign Affairs confirm investigations into alle...
33 minutes ago

We are focused on reducing robbery, improving crime response...
33 minutes ago