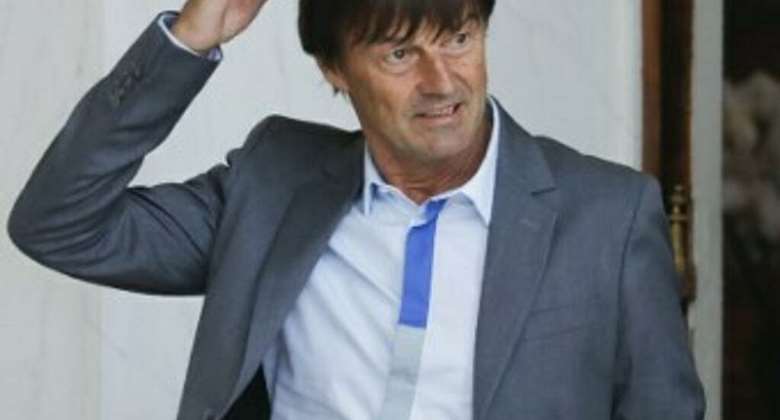 In a Thursday evening televison broadcast, three women gave testimony against Nicolas Hulot for sexual assaults they say took place between 1989 and 2001. The former ecology minister has formally denied the allegations.

In a 62-minute investigative report "Envoyé Spécial" aired on the France 2 TV station two of the accusers spoke openly about the sexual advances allegedly made by Hulot.

A third wished to remain anonymous.
The television investigation also includes the testimony of environmental activist Claire Nouvian and revisited a rape complaint filed in 2008 by Pascale Mitterrand, granddaughter of the former French president, which was thrown out of court because the statute of limitations had expired.

Thursday's broadcast followed Hulot's formal denial of the sexual allegations the previous day, where he also announced that he was retiring public life "definitively" to protect his family and his Foundation from the fallout of what he has described "a lynching".

According Elise Lucet who hosts Envoyé Spécial, the investigation into Hulot came in the wake of the Harvey Weinstein affair, when the journalist heard reports of a woman who claimed she was harassed and assaulted by the former minister.

One plaintiff, Sylvia, says she was sexually assaulted by Hulot when she was 16 in 1989. She alleges Hulot forced her to perform oral sex on him.

Another complainant, Cecile was a contract worker at the French embassy in Moscow in 1998, where at the age of 23, she was asked to help the production team for Hulot's popular Ushuaïa documentary programme to unblock filming equipment stuck in customs.

She claims she was groped by him in a taxi and defended herself.

Both say no charges were made because of Hulot's fame and political connections.

Nicolas Hulot has said he regrets not having been able to watch the programme before it was broadcast.

This was refuted by Lucet who says she invited Hulot and his lawyers to watch the report "with faces blurred" so the former minister could present his version of events.

"They refused," she claims.
Lawyers for Nicolas Hulot say there is no ongoing investigation into the allegations adding the accused must be given the benefit of the doubt.

Aluta Continua: We are unable to call off strike – UG-UTAG t...
14 minutes ago