Water is Life. Or is it? 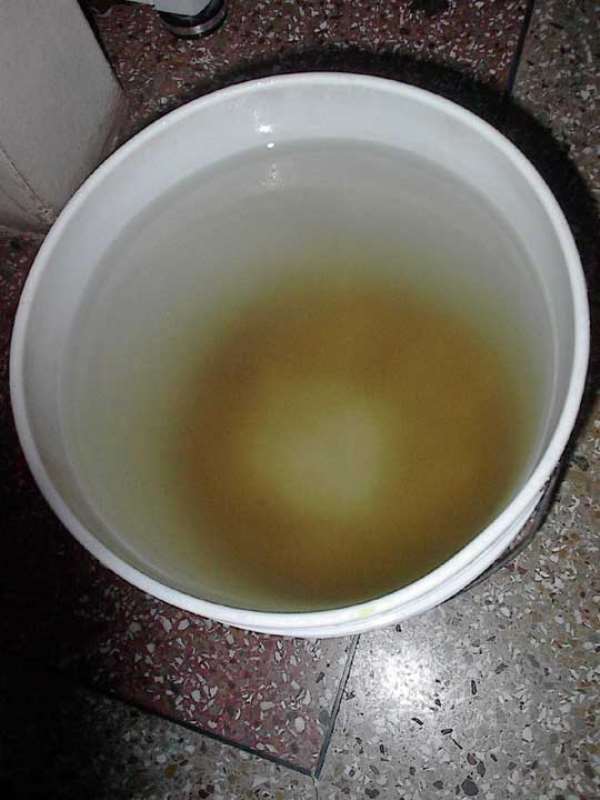 A commercial for a water tank company currently running on GTV states the obvious: Water is life.

Obvious, except for the folks at the Ghana Water Company, for whose executives life must mean living well at the expense of the public and providing them with nothing more than contaminated water in return.

Just consider the photo above. The brown thing you see with a hole in it is not some doughnut. It's actually the bottom of a white pail of water I let stand overnight in my bathroom two weeks ago. It's the same water that we are supposed to be drinking, and cooking with, and of course bathing with.

You see this and you understand why our hospitals are full to the brim, and people seemingly die needlessly of preventable water-borne diseases.

We are told that privatization is the answer, but that begs the question of why we, as a people, in whatever sectors, just can't seem to do anything right. Water - clean water -- is provided by municipal and national governments in many parts of the world. So why can't we do the same without this silly obsession with the notion that the "private sector" is a panacea to our myriad inter-sectoral problems.

Fact is, the private sector in Ghana is just as dysfunctional as its counterpart state and civil sectors. Now we are told that a fourth sector, the "divine sector," might be the sector that would after all do the trick and redeem badly run companies like Ghana Airways from their state of decay and distress.

Fact is, the Old Man has already done his part. Few countries are as naturally blessed as we are in this country. Ours then is not one of material poverty, or even lack of divine attention, but a poverty of common sense.

Until our leaders, including the president, wake to the fact that along with PRIVILEGES leadership comes with RESPONSIBILITIES, such as providing the public with clean water in exchange for the free bungalows and Land Cruisers and petrol that they enjoy so liberally, just so long would we remain poor, divine intervention or not.

Hell, we have more churches and mosques than we do factories in this country!

Re-award abandoned hospital project at Abetifi – Akandoh to ...
21 minutes ago

'Funny Ejura committee did a shambolic job, report full of p...
21 minutes ago