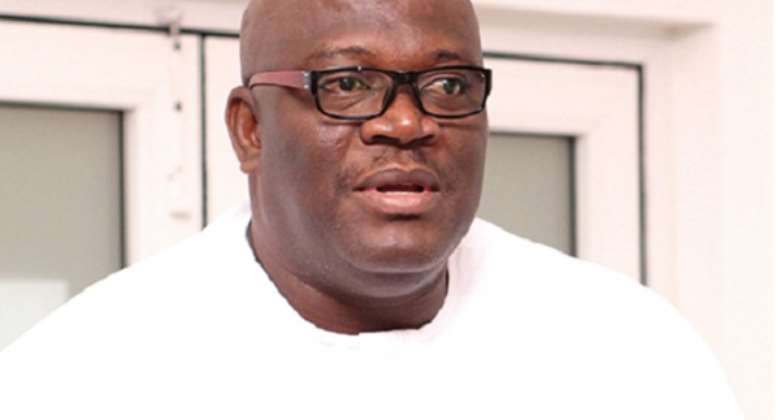 The Danquah Institute has commended the Greater Accra Regional Minister, Mr. Henry Quartey for taking steps to restore sanity to the capital.

The Institute in a statement says it has monitored the work of the Minister and has seen the efforts he is putting in to execute the mandate given to him by President Nana Addo Dankwa Akufo-Addo.

“We commend the Regional Minister Honourable Henry Quartey for the steps he has taken to make Greater Accra work again. Ayeeko!! We trust you will succeed,” the DI statements notes.

In the Greater Accra Region where non-law-abiding citizens who have no regard for the natural habitat continue to build in unauthorized areas, the Minister in the past year has championed a campaign to ensure the right thing is done.

Together with traditional leaders and other key stakeholders, Henry Quartey has embarked on several demolition exercises to get rid of structures in unauthorized areas.

Through that and many other works, he has often been praised for his efforts in making Accra work to befit its capital status.

In a recommendation, Danquah Institute wants more attention to be paid to the kind of encroachment around wetlands in Accra particularly around the Kpeshie and Sakumono areas.