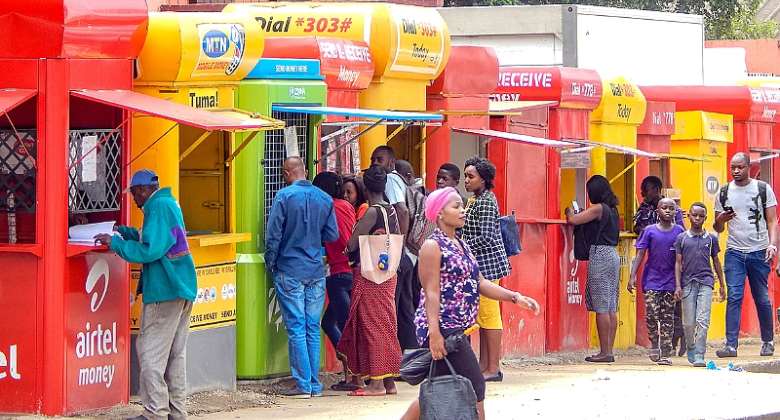 Ghanaians across the country are rushing to Mobile Money Vendors to cash out their deposits before the 1.7% Electronic Transaction Levy (e-levy) takes effect.

The National Public Relations Officer for Mobile Money Agents Association, Mr Charles Adu who disclosed this in an exclusive interview with this reporter said their members across the country have recorded astronomical withdrawals a day after the announcement was made.

According to him, most customers are attributing their reason to the introduction of the new tax on momo transactions.

Mr Charles Adu noted that the imposition of tax on electronic transactions will derail efforts to transform Ghana’s economy into a more cashless society.

“We are already overwhelmed with existing taxes and other unbearable production costs, adding additional taxes will not only overburden the suffering masses. It will also collapse our business," he stated.

He disclosed that the association has called for an emergency meeting over the controversial momo tax and would soon come out with a communique.

The Minster of Finance Ken Ofori Atta during the presentation of the 2022 budget statement on Wednesday November 17, 20221 announced the introduction of Electronic Transaction Levy.

“After considerable deliberations, the government has decided to place a levy on all electronic transactions to widen the tax net and rope in the informal sector. This shall be known as the “Electronic Transaction Levy or E-Levy,” Ken Ofori-Atta stated.

He noted that portions of revenue collected from the levy will be used to support entrepreneurship, youth employment, cybersecurity, digital, and road infrastructure among others.