Morocco keen to turn page on W. Sahara conflict but no shift on territorial rights 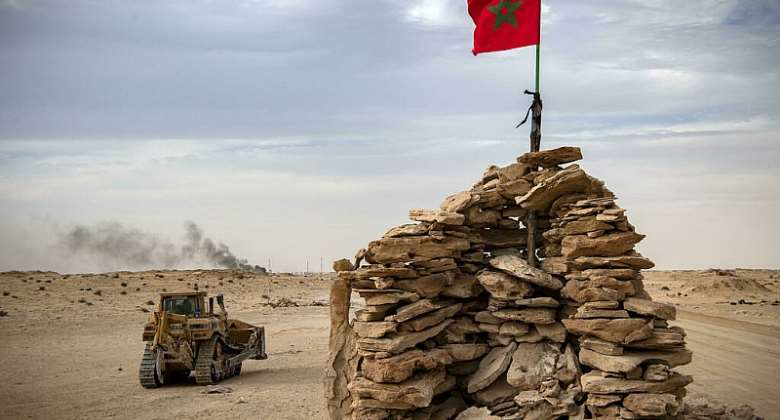 Morocco's foreign minister says the kingdom is committed to finding a solution to the “artificial conflict” in Western Sahara but ruled out negotiating its rights to the territory – at the heart of an ongoing dispute with neighbouring Algeria.

Morocco's Foreign Minister Nasser Bourita said on Tuesday that his country is determined to “turn the page definitively” on the Western Sahara conflict but without giving up its “legitimate rights” over the disputed territory.

Bourita said Morocco was committed to finding a solution to an “artificial regional conflict stemming from the opposition of a neighbouring state [Algeria] to its legitimate rights to … territorial integrity”.

Western Sahara has long been a source of dispute between Rabat and Algiers.

Morocco controls 80 percent of the former Spanish colony and sees it as its own sovereign territory.

Algiers, however, backs Western Sahara's Polisario Front which is fighting for independence.

Morocco “does not negotiate” over the Moroccan character of Western Sahara or its rights, Bourita said, reiterating comments made by King Mohamed VI on Saturday which Polisario dismissed as “fabrication”.

Ties between Morocco and its regional rival have been fractious for years, but have further deteriorated since last year after the Polisario Front said it was resuming its armed struggle.

Tensions flared up again in August when Algeria severed diplomatic relations with Morocco, stopped supplying it with gas and blocked Algerian airspace to Moroccan flights.

Algeria cited various “hostile actions” including supporting the outlawed Movement for Self-determination of Kabylie (MAK) and instigating the wildfires that ripped through Algeria in the summer.

Morocco denies the allegations.
Last Wednesday, Algiers accused Morocco of killing three Algerian civilians while they were driving in the Sahara, raising concern that the conflict would escalate.

Algerian President Abdelmadjid Tebboune vowed in a statement that the death of the three men "would not go unpunished".

Morocco has not formally responded to the accusation.

The quest for recognition

Last year, the US administration of then-President Donald Trump recognised Morocco's claim over the territory in a quid pro quo for Rabat normalising ties with Israel.

Israel and Morocco to 'normalize' ties, Western Sahara will pay the price

The move by the US broke with years of international consensus that Western Sahara's future should be settled by a UN-supervised referendum.

Morocco has pushed to get the EU to follow the Americans' suit, but to no avail.

In September an EU court said some European trade deals with Morocco were invalid because they included products originating in Western Sahara territory.