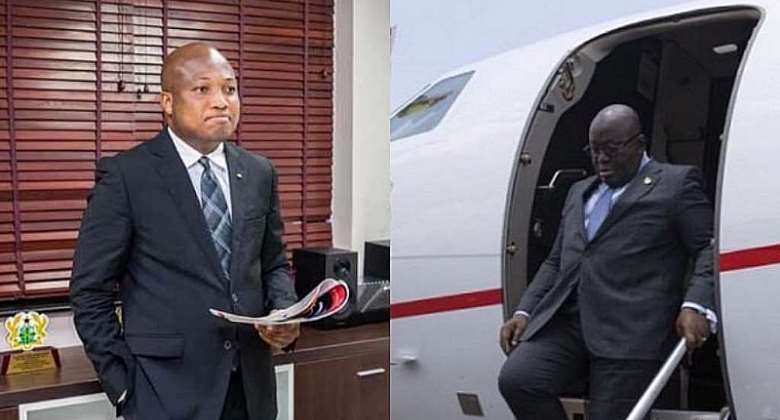 North Tongu Member of Parliament (MP), Samuel Okudzeto Ablakwa has taken on President Akufo-Addo once again over what he described as reckless spending of taxpayers' money on a chartered flight to COP26.

Global leaders from all over the world gathered in Glasgow, Scotland for COP26 to deliberate on measures to tackle climate change to protect the environment.

In his usual monitoring of the President's international trips, Samuel Okudzeto Ablakwa has said information gathered from the international media disclosed that H.E Akufo-Addo preferred a sybaritic charter.

According to the North Tongu MP, it is sad at a conference to fight carbon emissions, Ghana is made to emit taxpayers money to satisfy the comfort of a President who has become disrespectful to his people.

“Sadly, we in Ghana are not only grappling with the effects of carbon emissions, we have to equally contend with reckless taxpayer emissions to satisfy the creature comforts of an unrestrained President who has become the most obstinate and disrespectful of the Ghanaian people in our entire nation’s history,” a statement on the Facebook page of Ablakwa has said.

According to him, he is waiting in anticipation of the day when a full-scale bi-partisan public parliamentary enquiry into President Akufo-Addo’s presidential atrocity against the suffering Ghanaian masses will be initiated.

“The day of accountability is soon approaching and there shall be no escape,” Ablakwa concludes in his statement.

“I'm completely aware that you're suffering severe economic ...
5 minutes ago