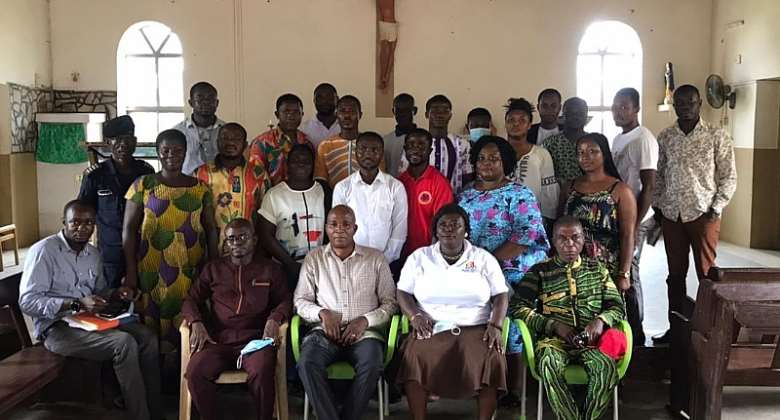 She said we are all one people, and we should not allow political colors to divide us.

She made this known at the Inter Party District Committee (IPDC) meeting organized by the Akrofuom District directorate of NCCE recently.

Md Zakaria also encouraged religious leaders and other stakeholders to join in the campaign for promoting coexistence wherever they find themselves.

For his part, the District Director for NCCE, Mr Ali Kassim also added that, the aim of the IPDC meeting, was to ensure peace, security and National Cohesion.

This has become necessary due to certain violence acts recorded recently in the Akrofuom District.

The Representative of the Obuasi Divisional Command, Chief Insp. Ransford Akapko delivered a speech on the Public Order Act, 1994 (ACT 491).

He adviced the various stakeholders to be law abiding and assured the gathering that the Ghana Police Service despite its many challenges will continue to be firm and impartial in carrying out their duties.

Participants did brainstorm on how to achieve Peace and National Cohesion.

The chairman for the event was Mr Jacob Anakpo, who also called for collaboration from all stakeholders in the district to ensure that utmost peace is attained.