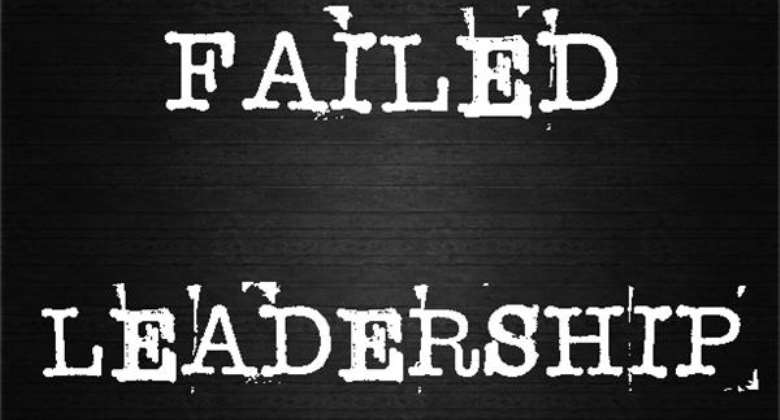 Pandora Papers only confirmed what Africans knew all along. Political leaders, Pastors, Business cronies have always hidden under their believers to steal and launder money outside. While most of us at home demand accountability, those infuriated abroad have taken the law into their hands by assaulting looters. There was an innocent French speaking African beaten in France by a few demonstrators.

He told them he was mistaken for a politician. Another Nigerian politician was also hit as well as one of the President's entourage. Anger among Diaspora Africans and hunger at home forced activists abroad to question their values and disgrace them during awards and lectures as the unlucky few received the beating they deserved. Most of the universities cancelled their Awards and Lectures.

African countries made appreciable progress after Independence under the conscientious leadership of our Freedom Fighters. The number of schools and graduates increased considerably in Arts and Sciences while skilled African labor flowed throughout the Continent. Indeed, Nkrumah, Azikiwe and Awolowo encouraged highly educated Africans home from Diaspora. The pressure on Whites to relinquish Power in South Africa was mounted by Independent countries led by Nkrumah with generous contributions.

Nigerians in general were invited to man skilled positions all over Africa when colonists left. Western Nigeria, in particular, could be compared in development to most countries in Europe, Asia and Americas. These gave Africa and the rest of the world hope that Nigeria was the next potential Regional Power. Instead of building on the hard earned Independence of African Freedom Fighters, prodigal politicians plunder the Continent into Poverty; worse than they met it.

Many of us have wondered for years what the accomplishments of these waves of leaders were, to be invited for Awards and Lectures in the most prestigious universities abroad. Their only actions were killing the economy of African countries by abandoning their predecessors' five or ten year future plans since they handed over or power was seized by the Military. They made promises to revive their countries while deliberately conspiring with economic saboteurs abroad.

This is part from donating generously to foreign universities while local universities are always on strike for the lack of equipment and funds to fulfil negotiated salary increases. It is made worse by sending their families to universities and treatment in hospitals outside Africa. So, they intentionally reduce local schools to shadows of past glory as they never suffer the consequences of the degradation.

The same is true of the richest African businessmen, most of whom do little to alleviate the depths of poverty at home but are happy to reap profit for foreign shareholders outside at any cost, even when they are killing the local economy. All that matters is their pockets, as long as they get the opportunity to launder money for themselves into offshore havens as revealed by Pandora Papers.

Foreign businesses claim they need to pay for imported materials to maintain the quality of their products. Even beverage companies manufacturing water and sugar ingredients claim these cannot source in Africa. One must wonder what imported materials are so needed that Africa cannot produce. Yet, they export the same cocoa, sugarcane, cassava and corn for their finished products to be sold back to us in Africa.

Ghana made a good analysis from raw materials as cocoa to finished products as chocolate and found they are only getting a fraction of the profit. The countries where chocolates are made do not even grow cocoa. Our leaders know all these but keep quiet to be in the pockets of these foreign companies while Asia countries demand local production of finished products.

This is how we lost brotherly love, our brothers' keeper and free hugs we had until recently. There is too much hustling and bustling to control workers as a means of production to get richer. Survival of the fittest in the world market sustained by the cheapest labor available has turned humans into monsters. If they tell you it is about the love of God, tell them to love their fellow man first as God desires.

You realize their international corporate bodies, preceded by religious missionaries that continue to lose memberships in their countries gain more converts in Africa to tenderize African tastes, aid and abet the businesses that exploit you as good Christians and Muslims. It all boils down to their individual material gains in the name of "civilization".