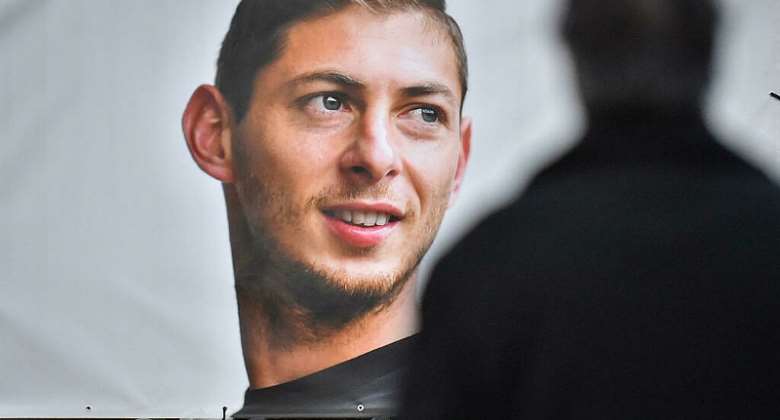 A man who should have been at the controls of a plane carrying the footballer Emiliano Sala between Nantes and Cardiff in 2019 will appear in court on Monday accused of shirking his responsibilities.

David Henderson's name appeared on the flight plan for the voyage between France and Wales but he claims that he had to withdraw at the last minute due to a family emergency.

His place was taken by 59-year-old David Ibbotson who died along with Sala when the single engine Piper PA-46 Malibu crashed into the sea near the English Channel Island of Guernsey on 21 January.

Sala's body was recovered a month later. Ibbotson's body has not been found.

Findings
An inquiry by British air accident investigators concluded in March 2020 that Ibbotson was not licensed to fly the plane or to fly at night.

They added that he had probably flown too fast and lost control as he tried to avoid bad weather.

Henderson, 67, from Yorkshire in northern England, was later charged with acting in a reckless or negligent manner likely to endanger the plane Sala was travelling in as well as a charge of causing the plane to discharge a passenger in the UK.

Henderson has denied the charges against him - which have been brought by the Civil Aviation Authority.

The trial at Cardiff crown court is scheduled to last two weeks.

Sala had travelled to Wales to conclude his 17 million euro transfer to Cardiff City who were then in the English Premier League.

He returned to France to collect his belongings and say farewell to his Nantes teammates.

The Cardiff club had claimed to have offered a commercial flight to the player, who had declined.

Before boarding the plane, 28-year-old Sala said he was concerned about the condition of the aircraft.

"I'm in the plane, it looks like it's going to fall apart, and I'm leaving for Cardiff," Emiliano Sala said in a voice message sent to relatives via WhatsApp. "Oh my God, I'm so scared," he said.

Sala's remains were repatriated in February 2019 to Argentina.

Vahid Halilhodzic, his coach at Nantes, said of the player: “I have rarely seen someone so endearing, humble and modest … but on the pitch, he was a warrior.”