As Some Greedy Pro Lgbtq+++ Proceeded To Court To Halt The Anti-Lgbtq+++ Bill 21.
By Bismark Kwabla Kpobi
Article 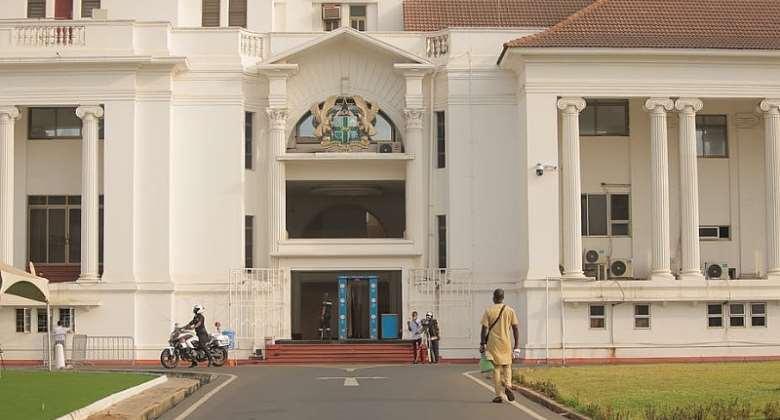 Before Parliament decides on the fate of the bill, a private lawyer is already in court asking for the Dabate on the bill to be halted and same be withdrawn. Speaking with Komla Adom on Midday Live on TV3 monitored by CitizenOne on Friday, Lawyer George Bernard Shaw said he and his team of Lawyers decided to go to court because Ghana is a free state which is not ruled by customs and traditions but laws.

He observed that the bill in its current form was in contravention with the constitution of Ghana hence they will do everything possible to stop it from being passed into law.

Lawyer Bernard stated that Ghana is a member of the United Nations and signed almost all the UN treaties. It will be abnormal for this same country to make any law that is not in sync with the UN Human rights treaties.

He said they are seeking three reliefs from the supreme court

1. A declaration that the bill in its current form is not in sync with the constitution of Ghana

2. A declaration that the bill when passed into law will discriminate against the human dignity of persons identified as LGBTQI+ and finally

3. A declaration to bar Parliament from passing the Promotion of Proper Human Sexual Rights and Ghanaian Family Values Bill into law.

I want to call on all religious Leaders, Traditional Authorities and the well-meaning Ghanaians who are against this devilish, demonic and animalistic LGBTQ+++ Activities to give a clear and strong warning to the Justices of the supreme Court of the country that Ghana is a sovereign country, and our laws must be respected. United Nations can't dictate to us how to live our lives in our own countries. African, Ghana has societal norms and values that we honestly adhere to and won't sell our values for their manipulations and threats of aid or loan cuts.

The fact that the pro LGBTQ+++ lawyers are optimistic of winning the case in supreme Court must give clues and signals to us all that some demonic monies of dollars are in motion to enticing and suppressing judgement of the case in advance. All Discerning Voices must call the Justices of the Supreme Court out that we shall not accept any outcome apart from the Unanimously Dismissing the petition by those pro LGBTQ+++ lawyers.

I am calling on the Speaker of parliament and his supporting MPs to be very firm and not kowtow to any UN pressures and threats.

The Supreme Court must be advised to not delay this case more for more than two weeks. We shall be monitoring all actions and inactions of the Justices and the Attorney General in this matter.

It is time for the Youth of Ghana to Arise and ensure our dignity as a country is upheld to by those who feed on our raw materials to survive up there. It is time to awake our leaders up to put the development and progress of Ghana and Africa on their hearts and desist from being puppets to these Europeans who think because of their Dollars and powers they can push anything just down our throats in Africa because some greedy and unwise ones avail themselves to them to be used by their Dollars to supporting them.

CAN LGBTQ+++ COMMUNITY GIVE US JUST ONE POSITIVE BENEFITS OF THEIR ACTIVITIES TO GHANA, AFRICA, AND THE UNIVERSE?

Enough is enough, we shall not allow the Supreme Court to be manipulated to doing the biding of the UN. Let us resist their manipulations now or never.

Long live all Advocates Against LGBTQ+++ Activities in the world.✍️☑️👏🙏

Immediately withdraw your directive to Goil; it's dangerous ...
23 minutes ago