LGBTQI+ debate is a waste of time - Kpone Paramount Chief 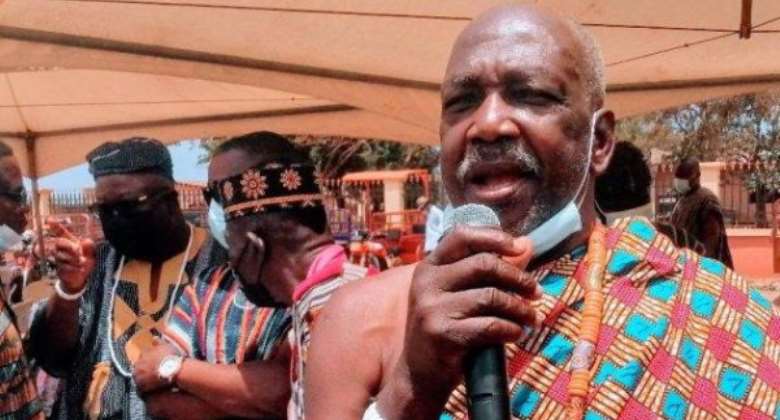 Nii Tetteh Otu II Paramount Chief of the Kpone Traditional Area has described the public discussion about Lesbians Gay Bisexual Transgender Queer and Intersex (LGBTQI+) as a complete waste of time in the country.

The Kpone Paramount Chief said he was shocked at how Ghanaians were using precious time debating whether or not LGBTQI activities should be accepted or rejected in the country, stressing “no paramount chief will admit such act in any community”.

In an interview with the Ghana News Agency in Kpone, Nii Tetteh Otu II said Ghana had its own customs and traditions saying activities of LGBTQI does not exist in any Ghanaian family or marriage settings.

Nii Otu II hinted that efforts should be channeled to creating jobs for the teeming youth in the country than to waste time discussing something which would never happen in Ghana.

He again called on the National House of Chiefs, the Council of Elders to immediately propose a guideline to all Traditional rulers in their respective jurisdictions on how to deal with the emerging challenge.

Nii Otu noted that Ghana had many laws saying implementing such laws had always been a problem for the law enforcing agencies.

He reiterated that poverty, was the main reason for immoral activities with a call on political leaders to put in measures to reduce the numerous challenges Ghanaians faced, especially the youth.