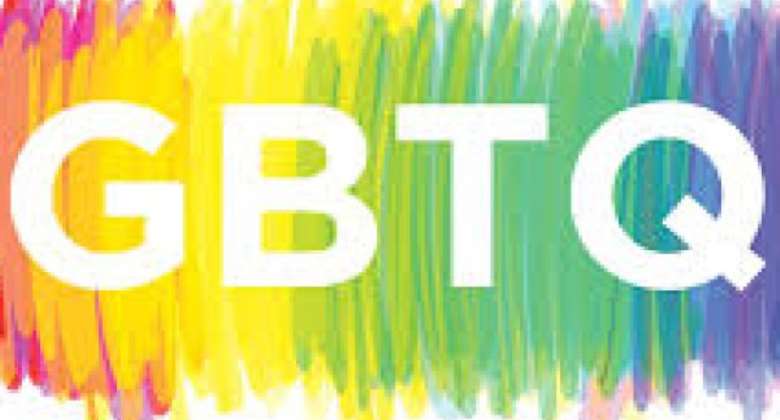 A Development Planner has bemoaned the “pick and choose” mode in the crusade against the introduction of the LGBTQ into the country.

Mr. Nyaaba-Aweeba Azongo says the citing of African culture and Christianity by those against the introduction of the LGBTQ culture into the country “is a defeatist hypocritical convenience tools”.

Sharing his views on the current controversial debate in the country, he said LGBTQ “is just a symptom of the western colonial heritage we have institutionalized and zealously guarded in 'the Best comes from the west' colonial mentality, which, unfortunately, the very Christianity being used to fight it, is a culprit”.

“The very elites who have demonized our ancestry, institutions, culture, history, humanity, and heritage in favour of the western ancestry and concept of humanity cannot turn around to pick and choose which western value to accept and reject.

It is just the case of sowing the wind and reaping the whirlwind”, he pointed out.

The LGBTQ thing, Mr Azongo said, was just one off-shoot of the western colonial heritage that demanded a holistic rethinking and visitation of our African heritage if indeed Ghanaians wanted to re-engineer a new mentality of shared pride in the African identity and concept of humanity like the Asians.

Mr Azongo said it was “ironical for Ghanaians to accept European God, European angels with European names as absolute standards of humanity, demonize your identity, your ancestors, your history, describes your system of governance as archaic and primitive, your language as vernacular, adopt European marriages, wear English names with pride and continuously demonize African culture, the concept of humanity, value system and turn around to pick and choose when it suits you, siting African culture as the basis”.

He pointed out that, If Ghanaians wanted a holistic crusade against LGBTQ , then, it should start with the schools and religious systems which were waging an assault on everything African, and celebrating everything western including its heroes, as makers of civilization.

This, he said, was the only way to stop the imposition of Western culture on Africans.

I don't recall we ever changing a leader in the middle of a ...
29 minutes ago