Our Quest For Equitable National Development Requires Thinking Outside The Box 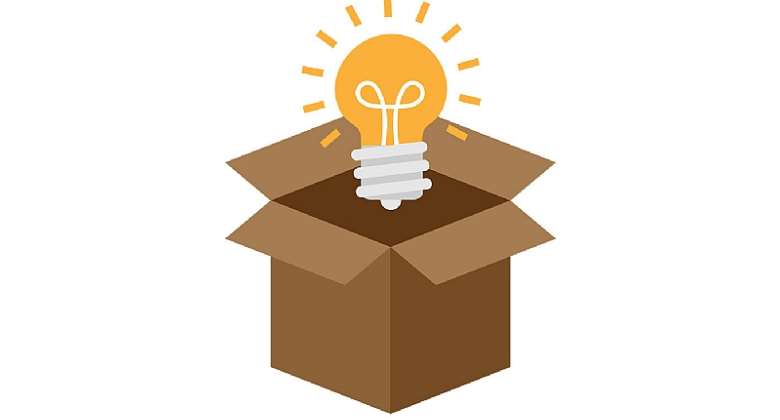 I listened to Mr Dan Kweku Botwe Minister for Local Government and Rural Development on Citi FM eyewitnessnews/point blank segment on Friday 8 October 2021 who talked about the splitting or partitioning of the Volta Region and the advantages that came with it.

He talked about the Volta Region and Oti combined now having more representations at the council of state-level as compared to one Volta Region etc. According to him even though the land size remains fixed despite the partition.

He recounted the supposed benefits from the creation of new regions. So I have few questions, how come in other areas, people are given more or better representations via new constituencies and new districts but not new regions?

I am aware that some people attach so much passion and emotions to this issue but I want us to reflect on certain things beyond our passions and emotions.

Sometimes, if you listen to some of our leaders, you get the feeling that, some of them consider the rest of Ghanaians as zombies and that they are the only smartest or wisest people among the citizens who are in the majority.

I am of the view that equitable development is achieved through deliberate efforts and commitments by leaders, governments and all other relevant stakeholders but not by merely partitioning old geographical areas or locations. For example, is anyone saying that Ashanti Region and Eastern Regions would not develop because they have not been partitioned?

Creating more districts and constituencies will bring more development than a mere creation of new regions. This is so because there are allocations such as District Assembly Common Fund, MPs common fund etc. I do not know about the existence of any common fund for development at the various Regional Coordination Councils. How much is allocated to the various RCCs in every budget cycle solely fordevelopment apart from the administrative costs? So for those who argue that the creation of new regions bringsautomatically brings development may have to provide incontrovertible answers to the following questions

1) How does the mere creation of a political-administrative region automatically brings development to the people?

2). If the creation of new districts and constituencies hasn’t brought the needed development over the years with the associated common fund allocations, then how can thedevelopment gap be bridged by simply creating new regions?

Some people have argued that the creation of new regions will make access to certain services in the new regions very easy. Granted that this is true, so how does the partitioning of aregion into a new one solve the same ‘access’ problem for some who lives in Bunkpurugu which is now located in the North East Region who has to travel over 600 km to Accra to access official government services at the Foreign Affairs Ministry?

How does mere partitioning of old political-administrative regions solve this problem of easy access to all the ministries located in Accra like Finance, Communication, Interior, Gender etc?

I have heard many arguments for and against the continuous creation of new districts, constituencies etc.

Now check out this

Note that in terms of land size, the difference between the entire country (Ghana) and Hubei Province is 20,323 square miles.

But in terms of population, Hubei’s population is almost 2 times compared to Ghana.

In terms of development, Hubei is far ahead whether in the area of road networks, transportation, housing etc.

So, for those who simply make the argument that we need to continuously create new constituencies, districts, regions to solve our developmental issues, is just a joke. It’s more of political expediency than scientific arguments. A few years back, we had 216 districts in Ghana with 230 constituencies, how much change has come as a result of the continuous creation of new districts and constituencies? There are still so many poor communities. How come that in many areas in the country people are still competing with livestock for the same drinking water? How come that many areas still do not have basic social amenities like roads, hospitals, schools, electricity etc? We must set our priorities right.

As Africans, especially our leaders must always think deep through our challenges and provide time tested or lasting solutions rather than window-dressing our development challenges most of the time.

I am looking forward to seeing any President or any political party in Ghana that would say that it makes no sense to keep all the ministries centralised in Accra. I am looking forward to reading any political party’s manifesto or Presidential candidate who will decentralize all the ministries located in the national capital to all the 16 regions as well as other key departments to the various regions. That’s visionary, doable and not the mere partitioning of the old boundaries into new regions can bring the needed development and improvement in the lives of the people.

Because the decentralization will open up other regions which are least developed. If all the ministries are decentralized that will partly solve the influx of people who constantly migrate to the Greater Accra Region etc in search of opportunities.

This is how governance should be sent to the doorsteps of the people.

Not by merely partitioning the same geographical areas.

What is the essence of giving me a new regional capital in the name of shortening my distance of about 50 km to about 25 km but I still have to travel 600km or 700 km to Accra to access services at the ministries?

So the point is that we must set our priorities right else, in the few years to come, some people will argue that every electoral area must be a constituency or a district

I am a Citizen not a spectator