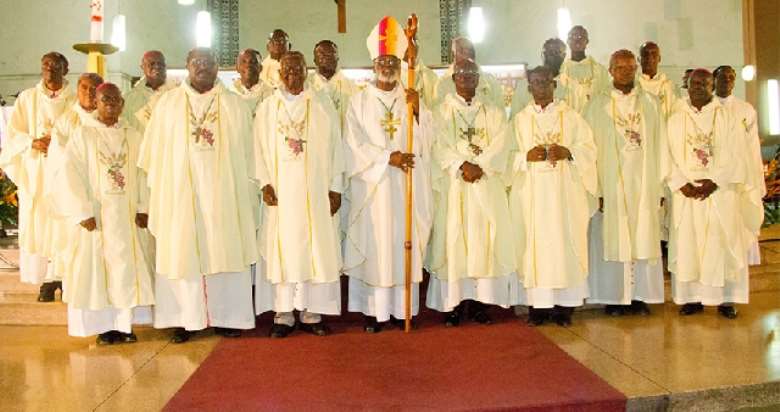 The Ghana Catholic Bishops’ Conference has endorsed the anti-LGBTQ1+ bill which is currently before parliament.

The clergy said such a spectrum of sexuality is “morally unacceptable”.

The Bishops’ Conference said in a statement that the Catholic church, of which about 13.1% of the population are members, is completely against LGBTQI+.

“As a church, we want this abominable practice made illegal in our country”, the statement said, adding: “The Bible, which is foundational to Christian beliefs and practices, condemns the practice”.

The Catholic Bishops said: “Although the particular inclination of the homosexual person is not a sin, it is a more or less strong tendency ordered towards an intrinsic moral evil, and thus the inclination itself must be seen as an objective disorder”.

“The Church rejects the unfounded and demeaning assumption that the sexual behaviour of homosexual persons is always and very compulsive and, therefore, they should not be blamed for their homosexual acts.”

“Nevertheless, according to the Church’s understanding of human rights, the rights of homosexuals as persons do not include the right of a man to marry a man or of a woman to marry a woman.

“For the Church, this is morally wrong and goes against God’s purpose for marriage.

“We should also point out that the European Court for Human Rights has ruled that same-sex ‘marriages’ are not considered a human right, making it clear that homosexual partnerships do not in fact equal marriages between a man and a woman.

“The ruling was announced 9th June 2016 in the European Court of Human Rights in Strasbourg, France,” the bishops said.

In the view of the Catholic bishops, “it is not right to subject homosexuals to any form of harassment simply because they are homosexuals. The intrinsic dignity of each person must always be respected in word, in action and in law. Homosexuals must be accepted with respect, compassion and sensitivity”.

Other church leaders also recently presented a memorandum to parliament in support of the bill.

It is all a response to a recent spirited opposition mounted to the bill by some lawyers, academics and renowned citizens of Ghana.