Upholding the dignity as a ‘Man (Woman) of God’ 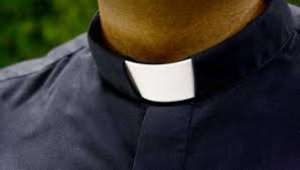 Religion plays an essential part in human existence. My father was a Reverend Minister in one of the prominent denominations in Ghana. Until his retirement from active service in 2020, he spent the last forty (40) years in service to the Lord; leading, evangelising and driving church growth. While in active service, he was noted for planting and growing churches in the hinterlands. His ministerial work cut across several villages, towns, and cities. These include Banda-Sabie, Seikwa, Nkrakwanta, Bonsu- Nkwanta, Ashanti Bekwai, Kukuom, Offinso, Kumasi and many more that space will not permit to list. Growing up in the manse, we journeyed together with my father in all his ministerial work. There were high and low moments in my father’s life while pastoring and mentoring the flock. But I observed how this strengthened him to uphold his integrity in ministry. His training in seminary I believe shaped and guided him through ministry.

I have purposely highlighted these to establish my staunch Christian background and to point out this article is not an attack on Christianity in Ghana. It has become the norm in our society that speaking the truth against ills makes you an enemy. You are either tagged unbeliever of the gospel or as ‘touching the Lord’s anointed’. I plead and pray this piece will not be taken out of context by readers and fellow Christians.

If the numbers are anything to go by, according to a report published by the British Broadcasting Corporation (BBC) on 7 February 2016, religion in Africa comprises 63% Christians, 30% Muslims and 3% Traditional religions. Out of the 63% Christians, 57% are Protestant (which includes members of African Independent Churches and Anglicans), 34% are pure Catholics, 8% Orthodox and 1% Others. These numbers might have changed presently.

Who is A Man of God?

The phrase Man of God originated and was first recorded in the period 1350–1400. A Man of God is described as a saint, prophet, clergyman, Holy man, hermit, minister, priest, rabbi etc. And here, the phrase Man of God represents both Men and Women. In the Old testament, a Man of God is a biblical title of respect reserved for prophets and beloved religious leaders. The term appears 78 times in 72 verses of the Bible, in application to up to 13 individuals: Moses (Deuteronomy 33:1; Josh. 14:6; Ps. 90:1; Ezra 3:2; 1 Chron. 23:14; 2 Chron. 30:16). Indeed, according to scriptures, Moses was the only person called “man of God” in the Torah.

In our current dispensation, the term Man of God has lost its weight because just anyone can describe themselves as such. No wonder we see all the unscrupulous acts associated with it today. Personally, the bad news making the rounds about preachers of the gospel today is sickening and appalling. Despite this, it is important to highlight there are genuine men of God who are above reproach, leading exemplarily lives, impacting community with many developmental projects and building human capital. This is commendable.

The overall impact of technology in enhancing church activities in the 21st Century can not be underestimated nor overemphasised. A report has it that the number of free to air privately owned gospel television stations is over 400. An incredible number. Live stream services via social media handles has also become popular. All these aid to spread the word to the world. While this is good thing and helpful, it is not without abuse.

Scripture admonishes us not to judge anyone wrongly. While my intention is not to judge and crucify, the activities of some pastors in recent times leave much to be desired.

The list of abuses is endless, and I doubt I have captured the situation with the best description . It is written in Hosea 4:6 that “my people are destroyed for lack of knowledge and because thou hast rejected knowledge, I will also reject thee, that thou shalt be no priest to me.”

In South Africa for instance, two churches - Rabboni Ministries and End Times Disciples Ministries - made headlines when the churches posted images of their leaders feeding followers with snakes and rats or instructing congregants to drink petrol and eat grass. With the greatest respect to the people involved but this was absolute ‘stupidity’. These abuses among others is why anyone called man of God must uphold dignity in ministry.

Qualities of a man of God

There are several qualities that characterises a godly man of God. According to scriptures, Paul wrote to Timothy and admonishing in 1 Timothy 3:1 that, If a man is eager to be a church leader, he desires an excellent work. It means that if anyone aspires to be an overseer, he desires a noble task. Overall, the message of 1 Timothy concerns sound teaching, while additional themes includes dealing with false teachers in the church; the responsibilities and qualifications of church leaders; appropriate conduct for Christians; and guarding the church's reputation in the world

So in 1 Timothy 3:2-4, it went on to say that now the overseer is to be above reproach,(A) faithful to his wife,(B) temperate,(C) self-controlled, respectable, hospitable,(D) able to teach,(E) not given to drunkenness,(F) not violent but gentle, not quarrelsome,(G) not a lover of money.(H) He must manage his own family well and see that his children obey him, and he must do so in a manner worthy of full respect.

Paul mentored Timothy by equipping him for the task of ministry, empowering him for success, employing him for effectiveness at the church in Ephesus, and by communicating his love, respect, and appreciation for Timothy as a son, brother, and messenger of Christ.

A Pastor, who serves as the leader of a Christian congregation and gives advice and counsel to people from the community or congregation, it is important to exhibit the qualities highlighted above. However, painfully, when you hear some of the activities of some ministers of God,

you ask whether they were properly ordained and trained.

Truly, the ultimate true man of God is Jesus. He is the good shepherd who laid down his life for the sheep (John 10:11-13). Jesus said, “Come to me, all you who labour and are heaven laden, and I will give you rest” (Matthew 11:28). Indeed, if we claim to be followers of Jesus, the expectation is to live above reproach and set exemplarily life worthy of emulation.

Again, scripture says that whoever wants to be a leader among you must be your servant. "Exodus 18:21; "But select capable men from all the people—men who fear God, trustworthy men who hate dishonest gain —and appoint them as officials over thousands, hundreds, fifties, and tens” Do we see this today?

The leader as a servant

In Mathew 20:25, Jesus said “You know that the rulers of the Gentiles lord it over them, and those who are great exercise authority over them. Yet it shall not be so among you; but whoever desires to become great among you, let him be your servant.” Leaders are fearless. “Fear not, for I am with you; Be not dismayed, for I am your God. I will strengthen you, Yes, I will help you, I will uphold you with My righteous right hand.” This is the assurance God gives I Isaiah 41:10

Great leaders know what they are capable of doing and when they do, and believe they are able to conquer whatever challenge they face.

Regulating ‘one-man’ Churches, is it a mirage?

There is some level of decorum among some of the Orthodox, Pentecostal and Charismatic churches. However, the question remains, will Ghana be able to regulate every ‘one-man’ church. I don’t have the answer! There are still men in cassock who are going over and above the recommended limits. In September 2019, there were efforts by Parliament of Ghana to discuss the need to regulate churches in the country. This required a broader consultation with key religious bodies and other stakeholders for national consensus to trigger the passage of a bill to regulate churches. Not sure where this ended. There is a growing tendency for some of these pastors to continue hiding behind the cassock to amass wealth and perpetuate sexual and other forms of abuse against the people.

In conclusion, there needs to be at the very least, a bare minimum standard that every man of God can set and adhere to and any church or pastor found to be operating outside of that needs to be named and shamed. As a member of a church, study scriptures, seek knowledge, build capacity, and put on the whole armour of God. This is the only way you will not succumb to all the frivolous activities by some of these men of God. We will continue to fail as a nation and church if we do nothing about this.

Thank you for reading and if you disagree, it`s ok not to be ok. God bless you

Disclaimer: The views expressed are personal views and doesn’t represent that of the media house or institution the writer works.