Use Of Force And Wrongful Detention By The Police - Your Right As A Citizen. 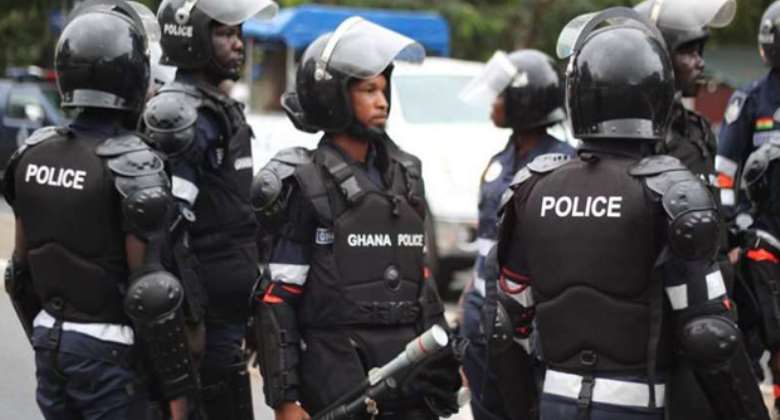 According to a 2021 Transparency International article titled “Ghana: Independent oversight urgently needed to increase trust in criminal justice & law enforcement institutions”. There is significant societal hostility towards the Ghana Police Service by Ghanaians and this is what has led to the rebranding of the institution from a “Police Force” to a “Police Service”. The rebranding has not helped to improve the public perception about the intransigencies of the police against the citizenry.

A report authored by the Commonwealth Human Rights Initiative in the past suggests that illegal arrest and detention is one of the most common Police complaint made to the Commission for Human Rights and Administrative Justice. The Police at certain times have been accused of employing excessive use of force in the course of their work. The unprofessional manner by which some Police officers stormed the offices of Citi FM to arrest one of its journalist on the Caleb Kudah saga and the countless number of use of excessive force and the wrongful detention of citizens that goes unreported in the media are issues that needs to be addressed.

According to the Commonwealth Human Rights Initiative report authored in 2007 and titled “The Police, The People, The Politics. Police accountability in Ghana”. Colonial style policing was introduced by Governor George Maclean around 1831. The purpose for its introduction was to ensure trade security and protection of the colonizing forces and most of these officers were ex-militia that were selected based on their physical strength.

The document stated that 700 men were brought from the Northern part of Nigeria and these men were Hausa speaking indigenes whom the governor sought the assistance of the British Military stationed in Nigeria to formally establish the Police force. These Police officers were known as the Hausa Police because of their heavy handed, brutal policing which they used to quell down civil disobedience faced by the colonial regime at that time. They were known as “buga buga” which literally translates to “beat-beat” in Hausa.

Police officers must have reasonable grounds to arrest and detain any citizen but some of these officers do so as a result of mistaken identity, poor Police intelligence and wrong information or tip offs from informants. Such arrests constitutes a breach of the suspects human rights.

Section 3 of the Criminal Procedure Code, 1960 (Act 30) explains how arrest is made. It states that in making an arrest the Police officer or other person making the same shall actually touch or confine the body of the person to be arrested, unless there be a submission to the custody by word or action. In Section 36 of the Criminal Code 1960, Act 29, the act provides for circumstance under which the Police can use force to arrest and detain a suspect. In all these, the dignity of the suspect is sacrosanct and must be arrested.

Chapter 5 of the 1992 constitution is dedicated to the Fundamental Human Rights and Freedoms of persons. Article 15 of the same chapter is about respect for human dignity, Article 15 (1) provides that the dignity of all persons shall be inviolable. On matters of arrest, the Constitution provides in Article 14 (2) that a person who is arrested, restricted or detained shall be informed immediately, in a language that he understands, of the reasons for his arrest, restriction or detention and of his right to a lawyer of his choice. In most cases, some Police officers fail to abide by this constitutional edict resulting in a struggle between the officer and the suspect.

As a citizen and a law abiding one, it is prudent to always accompany the Police officer to the Police station after he has introduced himself and informed you of the reason for your arrest, even if the officer fails to do so, it is advisable that you inform a friend or a relation and accompany the officer. It is wrong for a citizen to resist arrest even if he is innocent of the crime he is being accused of. The verdict in the case of Asante V. The Republic [1972] 2 GLR was emphatic on how a suspect can resist unlawful arrest.

The laws of Ghana is very clear on the Miranda rights of a suspect. “Miranda rights” were established by the 1966 Supreme Court decision in Miranda v. Arizona. The court determined that the constitutional rights of Ernesto Miranda had been violated during his arrest and trial for armed robbery, kidnapping, and rape.

When a Police officer arrest you and puts you in custody, the officer is required to read the Miranda rights to you before you are interrogated, the rights to be read to you are as follows:

The appointment of an attorney may be done through the Ghana Legal Aid Commission, an institution charged with ensuring equality of access to justice and treatment before the law by serving as a public defender for the poor in need of cost effective justice.

It is important to note that an officer’s failure to read the Miranda rights in and of itself does not result in a dismissal of criminal charges. Miranda rights are there to safeguard the accused against self-incrimination.

“In my thinking even guilty persons are entitled to be advised of strategies for their defence in the conduct of criminal cases in the same way as innocent persons and as such the violation of this fundamental right when properly asserted must result in setting aside any conviction that is founded thereon. When people are accused of crimes and going through trials, the role of counsel is of utmost importance in ensuring that they are properly advised in preparing their defence and all the options that are available to them are explained to them to ensure that the trial process is fair and also to uphold the integrity of the judicial process by which their right to personal liberty might be curtailed following their conviction. I am of the opinion that the right to counsel for accused persons if not respected by our courts would render article 14.2 a mere expression of lofty principles that are devoid of any substance. Such a state of affairs would not only be regrettable from the point of view of our duty in terms of our oath to “preserve, protect and defend the Constitution” but undermine the corollary duty of our citizens to respect the Constitution.”

The conclusion drawn from the statement of the learned judge is a tacit endorsement of the inviolable rights of the citizen which the constitution of Ghana protects. It is important for every citizen to be abreast with the laws of the country and also insist on his rights whenever there is an altercation with a Police officer.