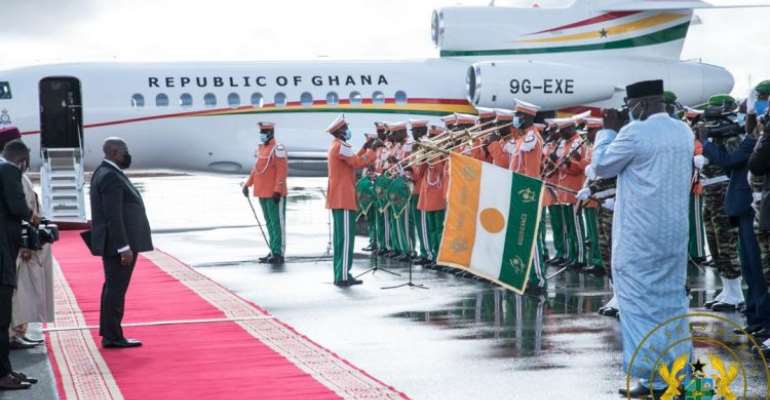 Director of Communications at the presidency, Eugene Arhin has disclosed that the government is in the process of buying a new presidential jet.

According to him, Defence Minister Dominic Nitiwul is in charge and has already commenced the processes for Ghana to procure not only what will be a new jet but a bigger one as well.

“You would recollect that when the government of President Kufuor left office in 2008, it had procured two jets – the current Falcon and a bigger one, but for one reason or the other, the bigger jet was cancelled, and we were left with just one. That has happened, but you will recall that the Defence Minister stated clearly that the government has decided to buy a bigger jet to save us from all these troubles,” Eugen Arhin told journalists at a press conference at the Jubilee House on Monday.

He continued, “I don’t want to go into the details, but I am sure that when the Minister gets the opportunity, he will give further information on what the government is doing in that respect, but I am sure of the fact that government is already in the process of getting a bigger jet for use.”

The new and bigger presidential jet should put a stop to the charter of private jets for the travels of the president.

In recent months, Member of Parliament for North Tongu, Samuel Okudzeto Ablakwa has been chasing the government for accountability after accusing President Akufo-Addo of traveling with luxurious jets.

He argues that through those travels, it costs the taxpayer huge sums of money that could be channeled into developmental projects.