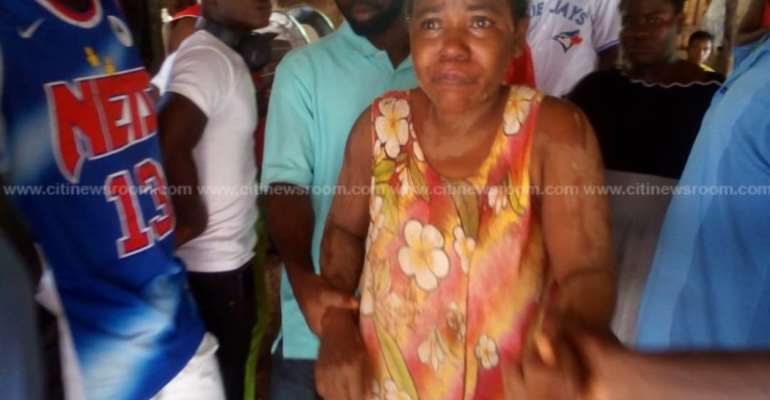 The Administrator of the Takoradi Hospital, Rev. Osei Boateng, says the facility is holding in confidence the medical records of Josephine Panyin Mensah, the said pregnant woman who was allegedly kidnapped in Takoradi about two weeks ago.

According to him, the facility is unable to divulge detailed information concerning her visits to the facility to confirm or deny her pregnancy.

Speaking on Eyewitness News, Rev. Boateng said the woman in question first visited the facility in September 2020, but records show that she made at least two other visits to the hospital for medical care.

“The checks reveal that this lady has ever visited the hospital, once, twice or three times according to the records, but we are not able to disclose the detailed information concerning the purpose of coming and the conditions for which reason she was seen by a doctor so we are not allowed to do so.”

“This lady has been in the hospital and the first time she came there was around last year September, and from there records show that for about two or three occasions, she has been at the hospital,” he added.

Many were greatly moved last week when news of the supposed kidnapping of 9-month pregnant Josephine Panyin Mensah went viral on social media.

There were many calls for her assistance to help find her.

On Tuesday, there was news that she had been found in Axim however without a baby bump which according to eyewitnesses, she claimed had been taken by her kidnappers.

She was subsequently admitted to the Axim Government Hospital but in a bizarre twist of events, the Western Regional Minister , Kwabena Okyere Darko Mensah said the claim of pregnancy and kidnaping by the woman is false.

The woman's husband and some residents insist that she was pregnant, leaving many with mixed feelings about the situation.

With many seeking speedy probe into the issue for a full disclosure, the Takoradi Hospital, one of the health facilities she is reported to have sought medical attention may hold the key to determine if indeed she was pregnant at the time of her alleged kidnapping as her medical records could hold information about the kind of health service she sought there.

But Rev. Osei Boateng, the Administrator at the facility said such information cannot be given to the public immediately as investigations are still ongoing.

He said the facility would only be able to do that on the instruction of the Regional Health Directorate.

He gave assurances that the documents are being safely kept at the facility.

Meanwhile, Citi News understands that the woman is being guarded by a police officer at the Axim hospital where she is being given medical attention.