One dead as bauxite trains collide in Guinea 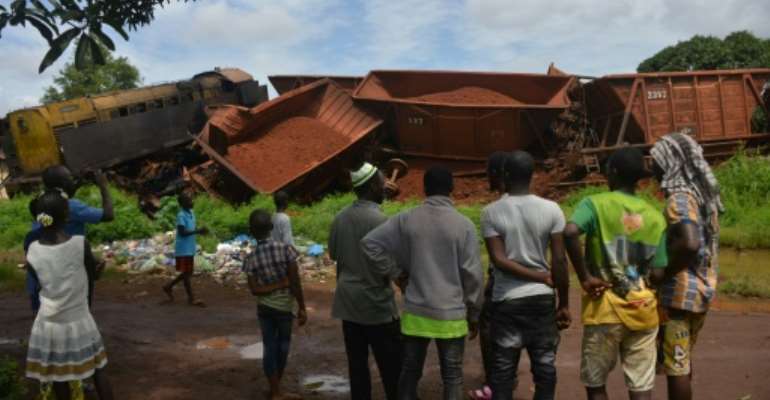 A labour union delegate said the accident was caused by a 'misunderstanding'. By CELLOU BINANI (AFP)

Jean Tamba Kantabadouno, a Rusal labour union delegate, told reporters that the accident occurred because of a "misunderstanding" when a train carrying bauxite broke down in a Conakry suburb at 5 am on Monday.

"The technicians were struggling to fix it and get it back on track when another train loaded with bauxite collided with the train," he said.

One person was killed and eight people were wounded in the crash, Kantabadouno said, adding that it also caused "very large" material damage.

A yellow locomotive could be seen jutting up from the train track, with rust-coloured bauxite ore spilling out of derailed mine carts behind.

Guinea is one of the world's largest producers of bauxite, the ore used to make aluminium.

Mining is the driver of the economy in the nation of 13 million people, which is poor despite rich deposits of bauxite and other minerals such as gold, diamonds and iron ore.

Kantabadouno said that communication had been faulty "all along the line". "It's unacceptable," he added.

Mohamed Lamine Diallo, a fire brigade officer who was at the crash site, warned that the death toll was likely to rise given the severity of some of the injuries.

"We'll leave it to the company to deal with the consequences of this accident," he added, noting that an official investigation had been opened.