Can Ghanaians Ever Remove a President from Office Under the 1992 Constitution? - Episode 2 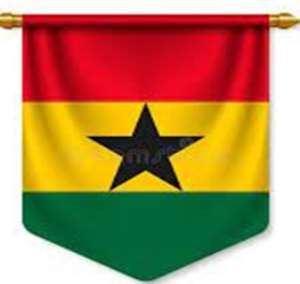 It so happened that all the three Presidents under the 1960, 1969 and 1979 Constitutions were ousted from office by the Military without recourse to the constitutional provisions cited above. Those constitutions were set aside through coup d'état in 1966, 1972 and 1981 respectively.

The 1992 Constitution has been the most stable Constitution of Ghana. It has been in force for the past 29 years and it has produced 5 Presidents as a result of 8 general elections.

(i) which brings or is likely to bring the high office of President into disrepute, ridicule or contempt; or

(ii) prejudicial or inimical to the economy or the security of the State; or

Since the inception of the Fourth Republic on January 7, 1993, various Ghanaians especially politicians, investigative journalists and Civil Society Organisations (CSOs) have accused an incumbent President of either corruption or other constitutional violations that constituted a President’s breach of his oath of office and allegiance.

However, none of the persons or CSOs who so alleged against a sitting President had the audacity to initiate the impeachment processes leading to the removal of an accused incumbent President from office as provided for under Article 69 of the Constitution. In 2016, for example, the NPP accused the then sitting President of incompetence and corruption but failed to cause his removal from office. Definitely, an “incompetent and corrupt” President should have been deemed to be prejudicial or inimical to the economy and should have been removed from office based on Article 69 (1) (c), (a) and (b) of the Constitution.

Alternatively, and for the past five years, the NDC, journalists, CSOs and other groupings have been accusing the current President of several corruption scandals and non-performance but fails to initiate any impeachment actions against him.

If the foregoing accusations of corruption, incompetence and other constitutional violations against some sitting Presidents were backed with evidence but nothing was done to cause their removal from office by invoking Article 69, then can Ghana ever remove a President from office for breach of the oaths he swore to God and the people? If indeed the allegations have been mere or without evidence, then are Ghanaians not only crying wolf even at the sight of a harmless domestic dog?

Procedure for Removal of President from Office

The 1992 Constitution [from Article 69 (2) to 69 (13)] provides the following procedure for removal of an incumbent President from office on the grounds ut supra. The procedural steps are herein enumerated for ease of understanding and reference.

It is obvious that procedural steps provided for removal of an incumbent President from office are circuitous and almost cast in stone. In addition, the Constitution clothes the President with power to appoint all public office holders just that he or she may delegate such appointing authority. A part from the Speaker of Parliament and the MPs, the President appoints the Chief Justice and other Justices of the superior Courts as well as the Director General of the Ghana Health Service who are constitutionally required to participate in the impeachment process leading to the removal of President.

The President is even required by Article 78 (1) of the Constitution to appoint majority of the MPs as Ministers of State. It means that a significant number of the MPs required to sign the notice of removing the President and later vote to remove him or her from office are presidential appointees so once their bread is buttered in the ministerial positions, it will be difficult for them to vote for removal of the President from office.

Again, the party in power or the President’s party has been in the majority in Parliament with large margins since 1993 except that the 2020 elections made the gap very thin.

Mindful of the foregoing, the questions I pose to readers are these: