Will former South African president Jacob Zuma be sent back to jail? 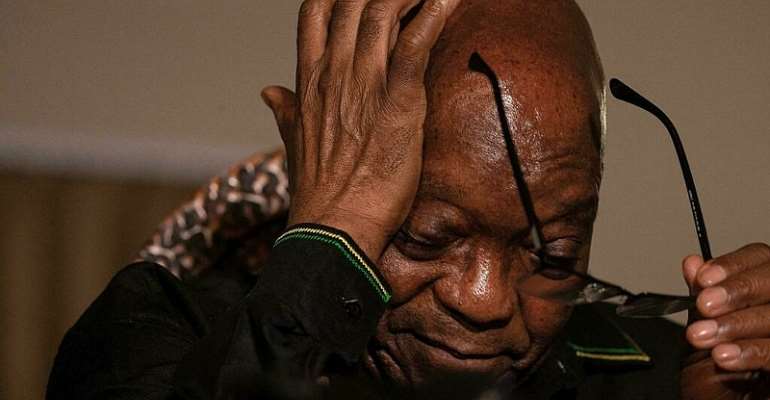 South Africa's opposition Democratic Alliance (DA) has filed papers in the Pretoria High Court seeking to overturn the medical parole issued to former president Jacob Zuma, who is serving a 15-month sentence for contempt of court.

The party wants the head of Correctional Services, Arthur Fraser – a strong ally of Zuma – to explain why he rescinded the medical parole board's decision not to free the former president after he had served 58 days of his sentence.

Zuma's corruption trial, which due to resume last Friday, has been postponed until September 21.

He is due to appear in person then at the Pietermaritzburg High Court and to supply medical evidence if he seeks a further delay.

Zuma was still in hospital five days after being paroled.

DA leader John Steenhuisen says their application to have the parole overturned goes beyond Zuma.

The party is hoping that the report of the Zondo Commission on State capture will result in a number of ANC cadres being jailed.

It was Zuma's refusal to appear before this commission that led to him being jailed for contempt of court.

In seeking Fraser's appearance before the parliamentary committee, the DA said it was not seeking to invade Zuma's right to privacy about his medical condition.

“We want a record of Fraser's decision and the process in making it,” Steenhuisen said

“If he exercises a public power, he must explain what warranted overturning the finding of the medical parole board.

“He is not a doctor and the board is specially qualified to make medical decisions.”

Medical parole board
The medical parole board was instituted to prevent a repeat of the 2009 fiasco when Zuma's financial advisor, Schabir Shaik, was freed on medical grounds after serving two years and four months of a 15-year sentence for fraud involving funds from South Africa's multibillion rand arms procurement operation.

Shaik was photographed playing golf shortly after being free

Before that trial proceeds, Judge Koen has to deal with Zuma's plea for the public prosecutor Bill Downer to recuse himself.

Zuma alleges Downer is biased and hell bent on getting him convicted.